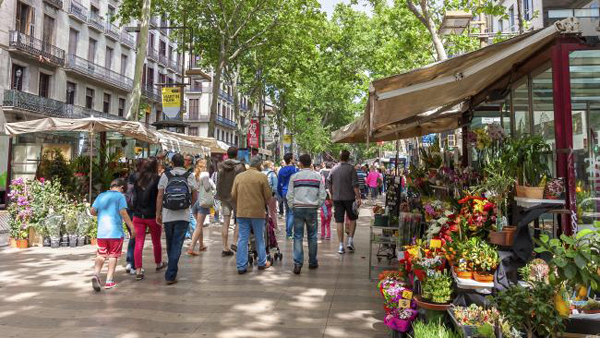 Brian Oldman, If we all work together, Adelaide can be a strong culture capital like Barcelona, The Advertiser, 25 April 2017

As soon as I moved to Adelaide I understood why it was once dubbed the “Athens of the South” – and why the name has stuck. But, having well and truly now gotten the feel of the place, I think it’s time to update things a little and work to become known as “Barcelona Down Under”.

We are more than ready – and very willing – to be promoted as a global cultural destination with something to offer any visitor any time. And that will go beyond culture to include sport and even the beach or our national parks.

Barcelona is a great example because it is a city with so much cultural activity that people want to keep visiting to see the latest exhibitions and attractions but, while they are there, they also see a soccer game and enjoy the city’s lifestyle.

It is not just about having events that no one else has; it is about being the place where people want to go to see those events because it is great being there.

The first step is to have the confidence to recognise that Adelaide’s cultural building blocks are strong and diverse. We have North Tce with the South Australian Museum, Art Gallery of South Australia and the State Library. Nearby is the Adelaide Festival Centre, Jam Factory and Samstag Museum, plus all our festivals. These are the magnets to attract visitors to the city.

However, a true cultural city also needs hotels, great restaurants and cafes; it needs to be easy to get about and, importantly, it needs to provide a safe, friendly environment. Adelaide has all these things – and very few cities in the world do.

It’s why Mad March works so well, but it could bring in visitors all year round. Barcelona’s Las Ramblas has year-round appeal, and so could North Tce.

Adelaide’s cultural institutions already make a significant economic contribution to the state, with the museum alone employing 80 people and supporting more than 700 other jobs through research, teaching and tourism.

The key to the entire city becoming a genuine “must visit” cultural capital is even greater coordination between institutions to create and promote a year-round program of activity and more investment in cultural assets.

I was fortunate to be in the UK during a period of phenomenal growth in cultural institutions and was personally involved with the transformations of the British Museum, National Maritime Museum and Zoological Society of London.

All of this was driven by significant investment in the display facilities of virtually every major museum or gallery and with the development of strong exhibition programs. The benefits were enormous and felt well beyond the walls of the institutions in question.

Adelaide’s programming is engaging and we have some really visionary leaders, but our ability to reach our potential often is restricted by infrastructure. I know, for example, that there are astounding exhibitions that we at the Museum could bring to Adelaide if we had the space to physically accommodate them.

The demand from the public is certainly there. Despite having the smallest exhibition space of any state museum in Australia, we increased visitor numbers by 50,000 to 770,000 last year, with a third of that number coming from interstate or overseas.

All of our major cultural institutions attract great interest from visitors when they are in Adelaide.

The next phase is to become a city such as Barcelona, where the cultural institutions are one of the main reasons visitors come in the first place, with spin-off benefits for the rest of the city and region.

Brian Oldman is director of the South Australian Museum