June 28th, 2017 | Browse other: News. | Tagged with: Rethinking the Museum, South Australian Museum, Yidaki: Didjeridu and the Sound of Australia | 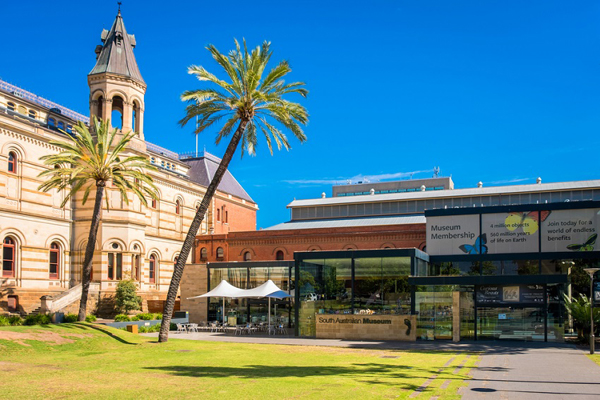 John Carty, Rethinking the Museum: ‘We are trying to be brave’, The Adelaide Review, 20 June 2017

The museum will be charting new courses through this terrain in the years ahead. The first steps are evident for all to see in our current exhibition, Yidaki: Didjeridu and the Sound of Australia. We didn’t follow museum conventions on this project. We left out things normally used, like labels and wall-text (and walls!) and introduced things you’re not supposed to, including moisture, vibrations and lightning machines. In short, risk. The resulting collaboration with Yolngu custodians is not really an exhibition, but an experience: a forest of lightning and song.

Feedback indicates that the success of Yidaki is bound up in the fact that it isn’t just about Didjeridus. Yidaki is – in all its theatre – a questioning of what a museum is, what it can do and who it is for.

So what is a Museum? I don’t take for granted that the answer to that question is clear, or that it is set in stone. Even North Terrace sandstone.

Museums, as we know them today, emerged over recent centuries in concert with developments in science and systems of classification. These categorical impulses dovetailed in the 19th century with Darwinian Theory and the fledgling discipline of anthropology. Museums became a place in which we catalogued not just other species, but other cultures, other people. And there are real problems with that equation for many Aboriginals today.

The South Australian Museum has, better than most, fulfilled the mandate of the classical museum in preserving the material heritage of Aboriginal people, and displaying the ingenuity, beauty and diversity of Aboriginal material culture.

But is that enough for the modern museum? Museums around the world are moving on from this model, and exploring their therapeutic role in increasing public awareness of historical and present iniquities, and helping to reimagine the future. In Australian terms I like to think of a museum as a site of reconciliation. Or, at least, a site with the greatest potential for reconciliation.

Any one of the 3000 people present at the emotional Yidaki opening concert on North Terrace will know that this isn’t rhetoric.

Yidaki was the first step in a much larger plan and vision. The South Australian Museum’s collections include around 100 Yidaki, which sit alongside another 28,000 pieces of Aboriginal creativity and ingenuity. These collections have a profound educational and corrective role to play in society.