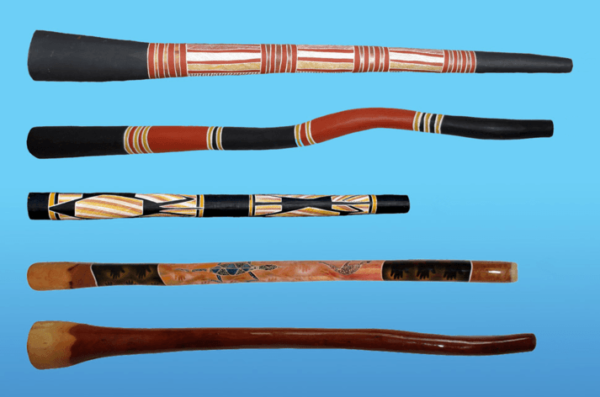 Christine Judith Nicholls, Friday essay: the remarkable yidaki (and no, it’s not a ‘didge’), The Conversation, 7 April 2017

The yidaki – the subject of a major exhibition now on show at the South Australian Museum – is an instrument owned exclusively by the Yolngu people of North East Arnhem Land.

Embedded in a complex web of interconnected relationships, the yidaki is part of an extended network comprising the humans and Spirit Beings belonging to Yolngu country, its sacred topography and environment, the Yolngu kinship system and the Yolngu Matha language. The yidaki is thus connected to Yolngu Law and ceremony – song, dance, visual art and narrative.

The word “didgeridoo” is an introduced, generic term that lacks the significance and precision of the diverse names for this instrument across northern Australian languages. As such, it’s not a term that speakers of these languages and therefore ceremonial owners or co-owners of this instrument normally use. In this regard, a parallel can be drawn with the often lazy usage of the English borrowing “Dreamtime”.

Natural species – the flora and fauna specific to Yolngu country – are also set in this elaborate matrix with termites playing a vital role. The eminent musicologist Alice Moyle (1908-2005), has described this process in the following terms:

…Didgeridoos are made from the trunk of a eucalyptus tree, which has been hollowed out by termites. The termites, or white ants, eat the heartwood of the host tree, and simultaneously create a nest within the latter using the tree’s digested wood fibre as their construction material. The instrument is made by stripping off the exterior bark layers, cleaning out any remaining portions of the nest, and applying a mouthpiece made from beeswax to the smaller end.
This termite-tunnelling/munching technique is also the initial stage in the making of Yolngu people’s celebrated vertical mortuary poles, larrakitj (also known by different names across Arnhem Land). Often called “hollow log coffins”, larrakitj are used as receptacles for the bones of deceased persons and stand upright. Because they have been partly created by natural procedures, larrakitj come in idiosyncratic shapes and sizes, with lumps, bumps and nodules.

Once the termites have finished “dining in” on the interior of the logs, Yolngu paint rarrk (crosshatching designs) and other designs and sometimes figures onto the larrakitj indicating appropriate clan and moiety identity.

Thus nature is transformed into culture.

Local weather phenomena, such as lashing rain, gales and even the devastating cyclones that sweep through in the monsoon season also have parts to play. Wind, thunder, and lightning are closely associated with the yidaki. It’s not for nothing that this brass instrument is described as a “wind instrument”.

The Yolngu Matha word “murryun” refers somewhat onomatopoeiacally to the low, rumbling noise made by the yidaki. The same word is used to describe the deeply resonant sounds of thunder. More recently, dialects of Yolngu Matha have begun using “murryun” to evoke the reverberations of large tractors, as indicated in the Beulah Lowe dictionary.