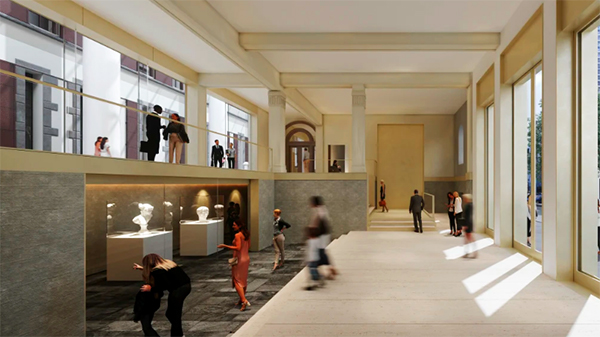 Nick Miller, Proposed new Greek museum in Melbourne could be among the world’s best, The Sydney Morning Herald, 9 October 2020

Melbourne will get a new “tier one” cultural institution on par with the world’s best if a plan to build a new Greek museum inside the old Land Titles Office in the city is approved, says the group behind the project.

A $244 million planning application lodged last month with the government and Heritage Victoria proposes the 143-year-old heritage building on Queen St be adapted and opened up to house a satellite of Greece’s Benaki Museum, in partnership with the city’s existing Hellenic Museum.

The Benaki is already spread across seven museums in Greece, covering the span of Greek culture from prehistory to the present and also taking in big Islamic, Byzantine and Chinese collections. It has been looking to expand its brand internationally, following the model of institutions such as the Guggenheim.

“We pride ourselves on being one of the world’s cultural capitals, and we are … but I have believed for a long time there is room to strengthen that claim,” Tatoulis said. “We’ve really only got one first-tier cultural institution, the NGV. Cities like New York, Singapore, Paris, Frankfurt, Los Angeles, they have a lot more. There should be more happening in Melbourne at that level.”

Hellenic has partnered with Benaki for six years, securing a long loan of a part of their collection at the Mint site, and co-commissioning new works including a series by photographer Bill Henson. 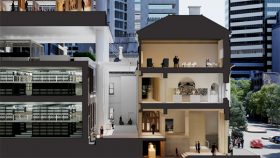 “We have access to the entirety of the Benaki collection, which is comparable to anything in any of the major museums of the world. They want to show it, they want to expand their brand,” Tatoulis said.

“Melbourne is the Greek diaspora capital, we’re already here. But right now we don’t have the space.”

The Hellenic has for years eyed off the Land Titles Office, designed by Melbourne architect JJ Clark and completed in 1877 at a cost of £30,772. It has been left empty – and in increasing disrepair – for decades.

“The building has a story and a gravitas,” Tatoulis said. “We want to bring it back to life.”

They were initially in talks with owners Victoria University – which had a different plan for the site knocked back in 2018 on heritage grounds. VU then sold the property to developer ISPT. 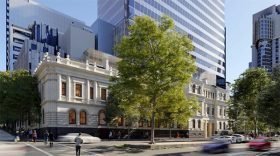 ISPT chief executive Daryl Browning said the redevelopment would create “a precinct that values and celebrates a culture of arts, education and knowledge” across three sites including the neighbouring university.

“It will not only bring back to life a true Melbourne landmark and cement the city’s reputation as an attractive cultural hub, it will also bring significant economic benefits to the state through both the construction of the development and the ongoing operation of a new, world-class museum.”
Tatoulis said Benaki had experience in restoring heavily heritage-listed buildings. The plan, developed with three architectural firms, is a “best of both worlds” option with space at the rear for contemporary, open-plan exhibitions, but also working in with the heritage features.

The museum would reflect on the site’s Indigenous history, and there are plans for a partnership with VU for a “lifelong learning academy” that physically and intellectually links the museum with the university campus and attracts international scholars.

The development would cost an estimated $244 million, with the museum space and $45 million restoration bill subsidised by the 29-storey commercial tower behind and above it. The museum would get a rent-free, 50-year lease. Fit-out would cost an extra $100 million, Tatoulis said, and he is sourcing both private and public money to make it happen.

If approved, construction could begin next year and would take up to three years.