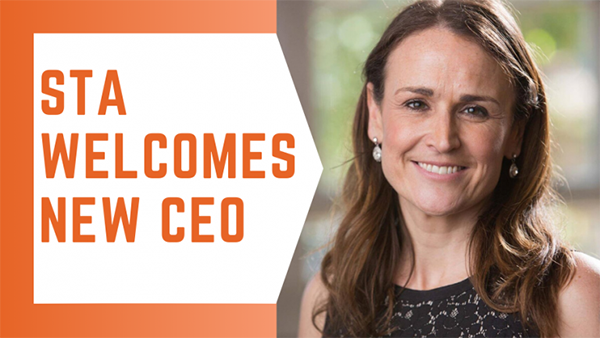 Building on a distinguished career in higher education, communications, advocacy and journalism, Misha will head STA from March 2020.

Ms Schubert was formally appointed to the position at STA’s Executive Committee Meeting this morning.

“Misha was selected for the role after an extremely competitive selection process and from a strong field of candidates. I am delighted to welcome her as STA’s new CEO,” Dr Brownlie said.

“Misha is a highly impressive talent and an outstanding leader, and her appointment marks an exciting new chapter for STA.

“We can expect her to lead STA in many new endeavours, have a positive impact on Australian science, and be a powerful voice for the 80,000 scientists and technologists that STA represents.

“Together with my colleagues, I very much look forward to working with Misha as Chief Executive.”

Misha joins STA following her roles at Universities Australia, as Director of Strategic Communications; Communications Director for the RECOGNISE movement, campaigning for recognition of Aboriginal and Torres Strait Islander people in the Australian constitution; and a long and successful career as a senior journalist.

Misha said she was excited to take up the role – and deeply honoured to have been appointed to it.

“I’m thrilled to join STA because science and technology are pivotal to help us identify clever solutions to some of the world’s most complex challenges. I was drawn to STA because of the profound ways that science can make a difference to people’s lives and to the world.

“I look forward to contributing thoughtfully to public debate, and ensuring all Australians benefit from scientific advances and expertise. I want to enhance the role of science in policy-making to help Australia navigate our future challenges wisely and well,” Ms Schubert said.

Misha succeeds Kylie Walker, who steps down at the end of the year, after serving in the role since 2016. Kylie will take up the position of CEO of the Australian Academy of Technology and Engineering.

“I have watched Kylie with great delight as she has lead STA over the past three years. She is a passionate change-maker, she has demonstrated leadership and commitment to the field, and I thank her for the contributions she has made to a strong and vibrant STEM sector in Australia.

“It really is an honour for me to take the baton from Kylie, who is held in such esteem, and to lead the thriving and passionate organisation she has helped to shape.

“I wish her every success in her new role at ATSE, and I know she will also excel in her new endeavour,” Ms Schubert concluded.

STA is the peak body for the nation’s 80,000 scientists and those working in technology. STA’s mission is to bring together scientists, governments, industry and the broader community to advance the role, reputation and impact of science and technology in Australia.