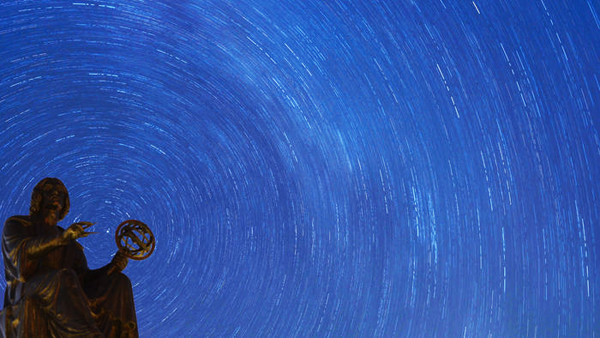 Peter Harrison is an Australian Laureate Fellow and Director of the Institute for Advanced Studies in the Humanities, University of Queensland. His most recent book is The Territories of Science and Religion.

Enlightenment rationality is often touted as a cure for the current crisis of confidence in expert knowledge.

It is not. If anything, it is deeply implicated in our present predicament.

Ironically, the remedy for our current epistemic crisis may lie less in an Enlightenment confidence in the rational powers of the individual than in the medieval idea of implicit faith to which Enlightenment reason has been traditionally opposed.

Consider, for a start, the central message of philosopher Immanuel Kant’s classic essay What is Enlightenment? (1784), expressed in the maxim sapere aude – dare to know, or dare to think for yourself. This motto, drawn from the Roman poet Horace, embodies the spirit of the eighteenth-century Enlightenment.

But when we examine the full implications of this recommendation we begin to see how it might precipitate precisely the kind of scepticism about expert and scientific knowledge that characterizes our present historical moment.

Here is Kant’s own elaboration of the principle:

“If I have a book to serve as my understanding, a pastor to serve as my conscience, a physician to determine my diet for me, and so on, I need not exert myself at all. I need not think, if only I can pay: others will readily undertake the irksome work for me.”

Kant, clearly, would have been a problematic parishioner and a difficult patient. Significantly, though, his rejection of bookish and religious authority is essentially of a piece with his rejection of medical authority. While the former may seem appealing to the modern sceptical mind, it is not too big a stretch to see in the latter an attitude that would ultimately lead to a proliferation of fad diets, rejection of medical advice concerning vaccination, and a more general scepticism about scientific expertise – all based on the principle of the right of individuals to make their own determinations in such matters.

Sadly, we are not all as acute as Kant. The consequences of universalizing the “think for yourself” principle – and universalization lay at the heart of Kant’s own moral theory – is to make everyone their own religious, medical and scientific authority.

Scientific institutions themselves, during the period of the scientific revolution that immediately preceded the Enlightenment, may also have indirectly contributed to the anti-authoritarian ethos that is incipient in Kant’s understanding of Enlightenment. Nullius in verba is the famous motto of the Royal Society of London, founded in the 1660s and representing the institutional embodiment of the new sciences. Like Kant’s sapere aude, the expression again comes from Horace. In its complete version – nullius addictus iurare in verba magistri – it can be rendered, “I pledge allegiance to the authority of no master.”

What this principle enjoined at the time was a rejection of longstanding scientific and medical authorities that had held sway since classical antiquity. This iconoclastic attitude seems entirely appropriate for a group seeking to break away from a traditional, ossified, scientific orthodoxy. But it is less helpful when the boot is on the other foot, as is presently the case, and the goal is to persuade the majority that the prevailing scientific orthodoxy is to be accepted, and accepted primarily on the authority of scientific experts.

Nullius in verba is a good principle for “revolutionary science” (to use the terminology of historian of science Thomas Kuhn) but not so good for “normal science.” The inchoate anti-authoritarianism of the Royal Society’s foundational principle thus turns out to be a two-edged sword. Rejection of the authority of present scientific “masters” is what fuels climate change denial and any number of other science-sceptical movements.

Arguably, the ultimate source of the modern revolt against ruling authorities was the Protestant Reformation – this year celebrating its five-hundredth anniversary. In order to see how a line of influence can be traced back to this event, we can advert to yet another motto. On the eve of the Reformation, Luther famously stood before the Holy Roman Emperor Charles V and declared the primacy of individual conscience over temporal authority: “Here I stand, I can do no other.” While some scholars regard the words as apocryphal, the sentiment accurately reflects Luther’s elevation of individual judgement in religious matters over the authority of the Catholic magisterium.

The result of putting this principle into practice was the rise of an unprecedented degree of religious pluralism in Europe, in which eventually everyone got to follow the religion of their choice. Admittedly, there were a few stages in between, with temporal rulers for a time playing a significant role in determining the beliefs of their subjects. But the open religious marketplace that is presently epitomised by North America represents the logical outcome of the Reformation principle of the primacy of religious conscience.

The Reformation not only shattered the religious monopoly exercised by Catholicism in the West. It also precipitated a more general revolt against other authorities, including those that had long dominated the sphere of the sciences. Thus Luther was a sharp critic of the contemporary university curriculum which was dominated by Aristotelian thought. While Luther was not particularly interested in science, his attacks on Aristotle gave legitimacy to subsequent attempts on the part of scientific innovators to overthrow long-standing scientific orthodoxies personified by Aristotle.