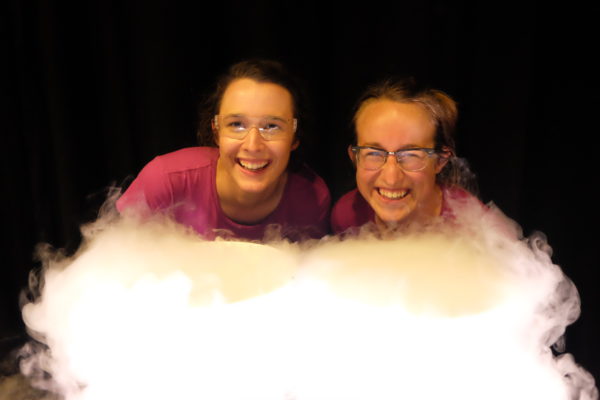 Two passionate WA science presenters were recently handpicked to travel to Beijing where they performed daily to crowds of 1200 people at the Chinese Science Festival.

Written and produced by Scitech, Supercool Science! is one of the science centre’s longest-running and most successful shows. The message and delivery of the show has been fine-tuned over many years into a truly accessible, inspiring and world-class performance.

“This is one of our most popular shows and we were excited to be able to share it on an international stage,” Scitech Science Communicator Tara Broadhurst said.

“Supercool Science! reminds the audience of the importance their own curiosity has in scientific thinking and encourages them to embrace it, share it, and make their own meaning of our show.”

Supercool Science! transcends language barriers as it’s performed entirely without words – instead using music, body language and perfectly-timed science theatrics to reveal what happens to things in our world when they are super chilled using liquid nitrogen.

This is the third time Scitech has been invited to perform at a major international science festival, with presenters previously performing at the Beijing Science Festival in 2012 and 2015 where they garnered the attention of the Chinese Science Festival organisers.

“Emma and I were thrilled to have an opportunity to share our passion for promoting science on such a large scale,” Tara said

The Chinese Science Festival took place at the Beijing Exhibition Centre from 8 to 17 July, 2016, and attracted an audience of 150,000 over its entirety.