You are here: Home » Articles filed under: 'News' » Article: 'Sea of Glass' 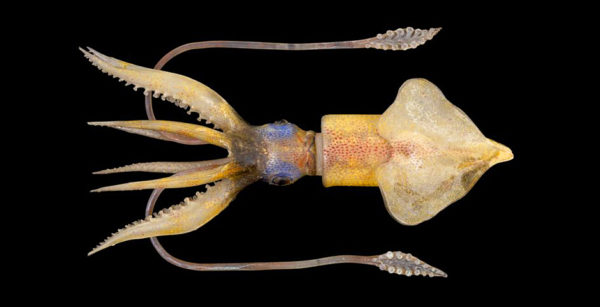 CORNING, NY — The 19th-century glass models of marine invertebrates created by father-son duo Leopold and Rudolf Blaschka were intended to capture as accurately as possible the delicate bodies of underwater creatures. They’re now a record of an earlier ocean. Those narratives of scientific art and environmental conservation are fused in Fragile Legacy: The Marine Invertebrate Glass Models of Leopold and Rudolf Blaschka, on view at the Corning Museum of Glass.

The majority of the 70 models in Fragile Legacy come from Cornell University, which purchased around 500 of them in 1885 for marine biology instruction. Later forgotten, when photography and video rendered them obsolete, they were unearthed from storage in the 1960s. Decades of conservation on the frangible jellyfish, anemones, and other specimens followed, much of it led by glassworker Elizabeth Brill. Broken octopus tentacles and snapped sea slug tendrils were carefully mended. Many of the restorations are on view for the first time in Fragile Legacy.

The Dresden-based Blaschka family’s work in glass dates back to the 15th century. While much of their practice involved common glasswork like artificial eyes and jewelry, a society-wide enthusiasm for natural history in the 19th century inspired Leopold and Rudolf’s unconventional focus on science. Marine invertebrates are notoriously difficult to preserve — they lose their shape out of water and their color when kept in alcohol — so the Blaschkas managed to provide the most accurate models possible of these evasive animals.