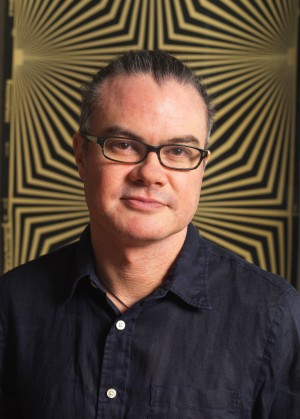 The Australian Centre for the Moving Image (ACMI) has appointed internationally recognised museums sector digital revolutionary, Seb Chan, to a newly created role of Chief eXperience Officer (CXO) – the first role of its kind in the international museum sector.

Announcing the appointment, ACMI Director & CEO, Katrina Sedgwick, said Seb is a trailblazer in the international cultural landscape, lauded for his leading role in transforming the Cooper Hewitt, Smithsonian Design Museum in New York with a human-centred digital renewal. Previously Seb came to international fame for his ground-breaking work with Sydney’s Powerhouse Museum.

“This is such an exciting appointment for ACMI. As audience engagement with the screen is evolving so rapidly, it is technology that is fundamentally shifting how audiences and communities connect with ideas and with each other,” Katrina said. “I want us to be at the centre of this global conversation and Seb’s pioneering work will ensure we play a leading role in transforming the totality of the museum experience for the 21st century.”

Seb’s appointment, which sees him join the Executive Team, comes as ACMI moves into a new phase of evolution with an ambitious strategy for extending and enhancing audience engagement across the institution.

“Central to this strategy is our goal to truly embed visitor-centred thinking throughout every aspect of our organisation and to leverage new digital tools and platforms to engage our audiences deeply and creatively with our content and conversation. The CXO will be responsible for realising this vision and without doubt, Seb is the leading player in the field globally,” Katrina said.

“I’m delighted to return to Australia and its design and cultural capital, Melbourne, to create new ways for ACMI’s visitors and its global audience to engage with its knowledge and holdings. This new role demonstrates an understanding that ‘digital’, is now part of everyday life – and that the museum-going experience of the 21st century is multichannel, requiring an holistic design strategy that engages visitors and citizens wherever they are,” Seb said. “I’m excited by ACMI’s collections and programming, and the opportunities these create for global audiences and especially the potential to inspire and collaborate with Australian media makers, game developers and entrepreneurs.”

The New Zealand-born Seb Chan is currently Director of Digital & Emerging Media at Cooper Hewitt, Smithsonian Design Museum, where he has been responsible for the museum’s digital renewal and its transformation into an interactive, playful museum after a 3-year rebuilding and reimagining process. Cooper Hewitt’s interactive Pen, the result of a global product design partnership between Cooper Hewitt, Spanish firm Sistelnetworks, and GE has revolutionised audience interaction at the museum. Along with the Pen, a series of interactive experiences designed in partnership with Local Projects have brought the museum to a new life, now described by The Atlantic in 2015 as ‘the museum of the future’. He also acquired iOS App, Planetary, the first ‘App’ to enter the Smithsonian’s collection, and brought new thinking around acquiring digital media and software to the institution.

Prior to relocating to New York, Seb was Head of Digital, Social & Emerging Technologies at the then Powerhouse Museum in Sydney where he led teams responsible for the centre’s pioneering work throughout the ’00s in open access, mass collaboration, web metrics and digital engagement. He has also worked as a consultant across the world and was the co-author of Culture24′s influential Let’s Get Real action research project, which helped evolve data-informed digital decision making in the UK performing arts sectors. He was a member of the Australian Government’s Gov 2.0 Taskforce in 2008 and has continued to serve on several non-profit boards in Australian and the USA. He is a regular speaker at digital and cultural sector conferences. He also led a parallel life in electronic music and art organising and curating festivals, international touring, and publishing.

Seb Chan will commence his new role as Chief eXperience Officer at ACMI on 5 October 2015.