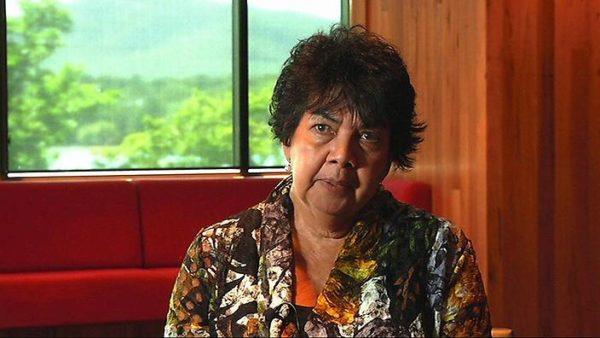 The former boss of the National Museum of Australia weighs into debate about where ancient Aboriginal artefacts should stay.

As an exhibition of Indigenous artefacts ends in Canberra, questions remain as to where the sacred objects truly belong.

Some of the most important artefacts from the Encounters Exhibition at the National Museum of Australia, including a shield taken by Captain Cook on his first voyage to Australia, were briefly loaned to the museum from British institutions.

Descendants of the Dharawal man who held the shield held a protest in an attempt to claim back the shield on the last day of the exhibition earlier this week.

“We want the return of our ancestor’s shield. We want it returned to the family and that goes for everything the British Museum holds,” Rodney Kelly said in front of the glass case housing the Gweagal Shield.

The wooden shield and two spears were taken by Captain Cook’s landing party in 1770 on the shores of Botany Bay.

The former head of the National Museum said they are more than old pieces of wood.

“They mean more than just the story about how we used spears for spearing food, how we used various elements for practical purposes but they were living and breathing and part of everyday life,” Dawn Casey told NITV.

She said communities that wanted to repatriate sacred objects had no moral case to justify.