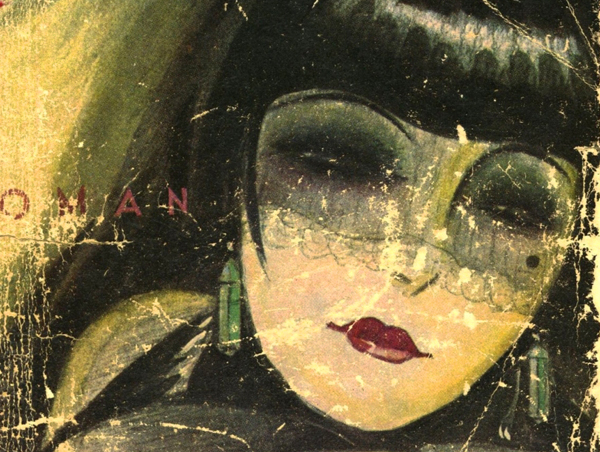 Allison Meier, Thousands of Objects Tell of Sex, Drugs, and Transcendence Across the Centuries, Hyperallergic, 10 November 2017

Altered States: Sex, Drugs, and Transcendence in the Ludlow-Santo Domingo Library at Harvard’s Houghton Library explores the human desire to escape the ordinary.

Julio Mario Santo Domingo, Jr. amassed the largest collection in the world on mind-altering drugs and their societal impact. After acquiring the Fitz Hugh Ludlow Library of San Francisco in 2001, his collection became the Ludlow-Santo Domingo Library. That assembly of psychoactive ephemera from across four centuries, fittingly given the acronym LSD Library, involves everything from 19th-century Chinese paintings illustrating opium production, to the notes taken by Timothy Leary on Aleister Crowley’s 1922 Diary of a Drug Fiend.

Santo Domingo died in 2009, and in 2012 over 50,000 of these objects came to Harvard University. Now, Harvard’s Houghton Library is exhibiting selections from the LSD Library in Altered States: Sex, Drugs, and Transcendence in the Ludlow-Santo Domingo Library. “A few items from the LSD Library have been included in earlier exhibitions, but this is the first time that these objects have been shown, and the first time that an exhibition devoted specifically to the LSD Library has been mounted,” Leslie A. Morris, curator of modern books and manuscripts at Houghton Library, told Hyperallergic.

Morris organized Altered States with colleagues throughout the Harvard Library system, as the material in the LSD Library is so varied as to now appear in the Botany Library, Harvard Film Archive, Law Library, and other branches. Alongside Altered States, Altered Gazes: Sex, Drugs, and Rock & Roll at the Schlesinger Library is considering women as the creators and consumers of this counterculture.

“This collection brings a huge infusion of popular culture materials into the Harvard collections, particularly material with a strong visual component,” Morris said. “For example, if you were studying, or teaching, a course on protest movements in the 20th century, we had nothing documenting the May 1968 Paris student protests; now, we have not only the posters, some of which include added graffiti that makes them unique, but also large number of flyers that were distributed. Or, if studying 19th-century sexuality, we did not have first-person accounts; now, we have Pierre Louÿs’s detailed sex diary, with photographs. Or, if you’re a visual artist, you now have access to the more than 1,100 underground comics of the ‘60s and ‘70s to explore.”

Altered States concentrates on how the material highlights humanity’s ongoing attempt at transcendence, at finding some experience beyond the ordinary. Its eight themes of focus include drugs like cocaine and opium, as well as sex and social protest. Pulp fiction novels like Marijuana Girl are installed near comics by R. Crumb, with rare volumes such as a copy of Pitigrilli’s Kokain annotated by Adolf Hitler. Self-portraits by people under the influence of LSD join Watergate-themed rolling papers.

Contextualizing these objects are medical texts that document drug use as therapy, and the sobering reality of addiction. “The letter by Thomas De Quincey, written to his publisher in the same year that he wrote his classic Confessions of an English Opium-Eater, where he says he’s unable to write without the aid of laudanum, and how wretched that makes him, is an unexpected insight behind a classic text,” Morris noted.

Santo Domingo did not distinguish between the high and low in culture, which is what gives the LSD Library such depth. Anthology Editions is publishing Altered States: The Library of Julio Santo Domingo this December 5, which further delves into this material. “Such was the size of the thing, you could use it to explore numerous themes — the history of protest, avant-garde art, bibliography, outsiders and the counterculture, the cascading influence through the centuries of shamanistic, charismatic individuals like Aleister Crowley, Artaud, Burroughs, or Rimbaud — but in the end it all came down to drugs,” writes Peter Watts in the book. “They were the connecting thread amid the black magic, sex, rock ’n’ roll, and high literature.”

In a release, Thomas Hyry, Florence Fearrington librarian at Houghton Library, states that since the LSD Library arrived at Harvard in 2012, it “has been one of our most heavily used collections for research and for teaching.” Altered Statescelebrates this range, whether in the winged penis-adorned binding of an 1864 volume of Pierre-Jean de Béranger’s Les Gaietés de Béranger, or a 1970 case history of “Hippie Sex Communes.” Each is part of our complex, and hazardous, connection to psychoactive experiences, and the enduring desire to find something more in this human existence.