September 10th, 2021 | Browse other: News. | Tagged with: Fitzgerald to take the reins at QVMAG, Queen Victoria Museum and Art Gallery | 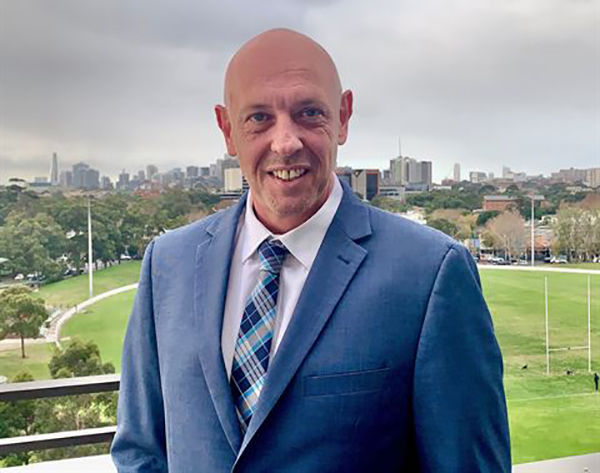 Shane Fitzgerald will take up the role of General Manager of the Queen Victoria Museum and Art Gallery.

Media Release, Fitzgerald to take the reins at QVMAG, City of Launceston, 7 September 2021

A former Tasmanian who has held a number of leadership roles in museums across the country is the new General Manager of the Queen Victoria Museum and Art Gallery.

Shane Fitzgerald will take up the role following the resignation of Tracy Puklowski in May.

Mr Fitzgerald has a wealth of experience in some of the leading arts and cultural facilities in Victoria, Queensland and New South Wales, including his most recent position as Head of Production at the Museum of Applied Arts and Sciences in Sydney.

City of Launceston Mayor Albert van Zetten said that QVMAG is one of the city’s most important institutions, and he had no doubt Mr Fitzgerald will bring new energy and a new perspective to the role.

“During his extensive interview process, Mr Fitzgerald presented as an incredibly impressive leader. Given his extensive training and aptitude in his field, he is someone whose experience at a senior executive level in the arts and museum space made him extremely difficult to go past,” Mayor van Zetten said.

“As a born-and-bred Tasmanian, Mr Fitzgerald will bring with him a passion for the role of leading our creative arts and cultural services at a regional level and I have no doubt his strategic management capabilities and passion will be integral to the successful implementation of the Council’s Cultural Strategy.

“There are many exciting opportunities ahead for the City of Launceston and its cultural institutions, and we’re thrilled to have him coming on board.”

Mr Fitzgerald holds a Master’s degree in Visual Arts from the Queensland College of Art, a post graduate Diploma in Museum Studies and a post Graduate Certificate in Museum Studies, both from Deakin University. He is also completing his Master’s in Business Arts and Cultural Management from Deakin.

Before joining the Museum of Applied Arts and Sciences, Mr Fitzgerald was the business manager for the Greater Shepparton City Council and Shepparton Art Museum, the manager of Gallery Services and Director of the Perc Tucker Regional Gallery and Pinnacles Gallery with the Townsville City Council.

From 2010 to 2012, Mr Fitzgerald was Manager of Arts and Cultural Services and Director of the Rockhampton Art Gallery, and from 1998 to 2010, the Exhibitions and Collections Manager for the Rockhampton Regional Council.

Mayor van Zetten said that given Mr Fitzgerald is currently living in Sydney, there will be an extended transitional period between when he takes on the role during the first week of October and when he was able to arrive in Launceston.

“Unfortunately, this is a reality of the world we live in and for a short period of time, Mr Fitzgerald will be working remotely from Sydney, but still maintaining oversight thanks to the marvels of technology, which we have all become accustomed to over the past 18 months or so,” Mayor van Zetten said.

“Initially, his focus will be on the strategic operations of the QVMAG, with acting General Manager Dan Ryan remaining in this position until such time as Mr Fitzgerald can relocate to Tasmania.”