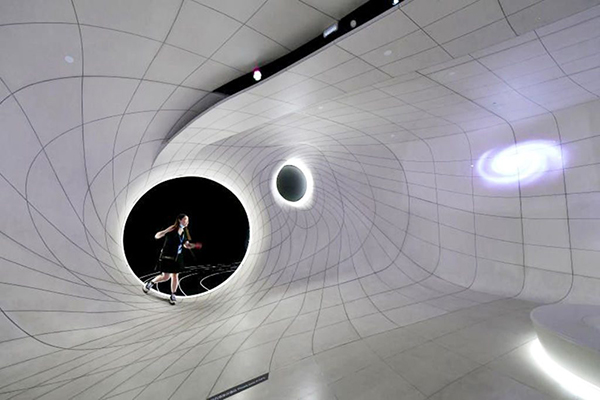 A visitor experiences walking on the simulated black hole at the Shanghai Astronomy Museum on its opening day on July 17, 2021 in Shanghai, China. Photo: Yang Jianzheng/VCG via Getty Images.

The Largest-Ever Astronomy Museum Just Opened in Shanghai, and It’s Out of This World, Artnet News, 5 August 2021

An observatory, a planetarium, and a 78-foot-tall solar telescope are included in the new Shanghai Astronomy Museum.

The world’s largest astronomy museum has opened in China—and it looks as if it came from the cosmos itself.

Designed by the U.S. firm Ennead Architects, the Shanghai Astronomy Museum boasts an observatory, a planetarium, and a 78-foot-tall solar telescope. The structure spans a staggering 420,000 square feet, and yet you won’t find any straight lines or right angles in it.

From certain angles on the ground, the venue resembles something like a deconstructed spaceship. The entrance opens into a broad oculus that doubles as a sundial, projecting shapes of natural light across the ground to indicate the time and season.

Pathways then lead viewers across the campus to a gigantic suspended sphere: the planetarium. Finally, museum goers are brought to the top of the building, where an inverted glass dome opens up to the night sky. 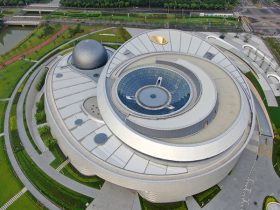 From above, meanwhile, the museum looks more like a swirling celestial vortex. Which makes sense: It was inspired by the organic geometry of the universe and the “three-body problem,” an unsolved mathematical mystery about how to determine the orbital paths of planets and other galactic bodies in relation to one another.

The oculus, sphere, and inverted dome take on new symbolic relevance from a bird’s eye view, too: they represent the sun, moon, and stars, respectively.

“The exhibits and architecture will communicate more than scientific content: They will illuminate what it means to be human in a vast and largely unknown universe,” said the museum’s designer, Thomas Wong, in a statement. 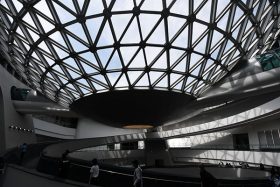 Interior view of the Shanghai Astronomy Museum before its opening on July 5, 2021 in Shanghai, China. Photo: VCG/VCG via Getty Images.

Wong and his team at Ennead were handed the high-profile project in 2014 after winning an international competition. Previously, the firm designed the Rose Center for Earth and Space at the American Museum of Natural History.

One of Ennead’s founders, James Polshek, was responsible for that project, which was completed in 2000. In an interview with CNN, Wong explained there is “a lineage” between the Rose Center and the new museum in Shanghai.

“Polshek referred to the Rose Center as a ‘cosmic cathedral,’” Wong said. “That’s very appropriate to the experience here at the Shanghai Astronomy Museum.”

See more images of the Shanghai Astronomy Museum below. 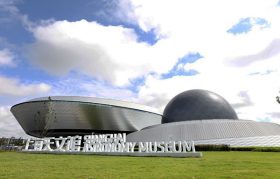 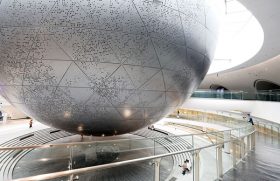 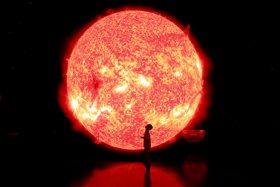 A child watches a model of the sun at the Shanghai Astronomy Museum before its opening on July 5, 2021 in Shanghai, China. Photo: Tang Yanjun/China News Service via Getty Images. 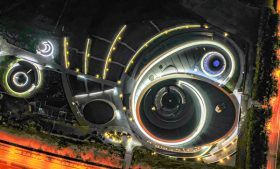