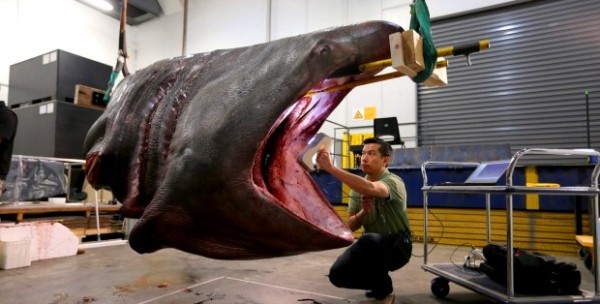 You wouldn’t know it to look at him but this shark is model material. Sure, he’s not what you’d call classically good looking – his eyes are small and his teeth far from impressive. But he’s a basking shark. And southern hemisphere scientists don’t see many of them.

A fortnight after his untimely death in the nets of a fishing trawler off Portland, the head of the male basking shark has been removed and made its way to Melbourne where it has been laser scanned so the museum can make a 3D model for public display.

“This is the first time we have done 3D scanning at the museum, certainly at this scale,” said Martin Gomon, the museum’s senior curator of ichthyology.