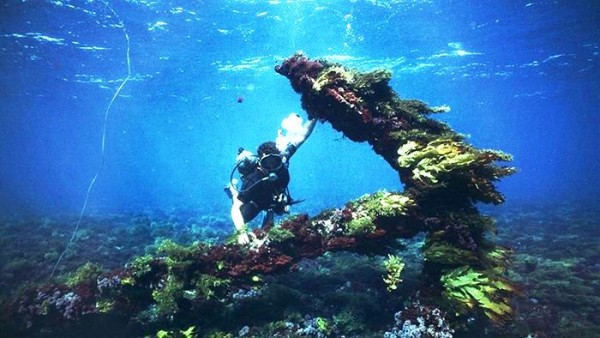 The Zeewijk is one the Dutch ships wrecked along the coast and still revealing secrets about history of exploration, contact and trade from hundreds of years ago. Source: WA Museum.

The wreck is thought to be Dutch East India Company vessel the Aagtekerke, which left the Netherlands on its maiden voyage in 1725 and disappeared the following year without a trace.

Historical research and previous surveys indicated there was a high probability an 18th century shipwreck lay in the vicinity of the another Dutch East India Company wreck, Zeewijk, which was lost off the Abrolhos Islands at Half Moon Reef in 1727.

An aerial magnetometer survey of a section of the islands, known as the Pelsaert Group, has begun searching for magnetic anomalies that would indicate the presence of another, undiscovered shipwreck.

Experts believe this evidence is strong enough to indicate the wreck will be found during this search, even though other attempts have been unsuccessful.

The West Australian Museum said records from Zeewijk survivors detailed the presence of timbers and artefacts from an older shipwreck in the surrounding area.

The survey will also extend further than the reef, based on the understanding a wreck could be located in deeper water.

There are four other Dutch East India Company wrecks off the Abrolhos Islands, which include the Batavia, wrecked in 1629.

The search is being funded by global shipbuilder Austal Chairman John Rothwell.

All historic shipwrecks are protected under the Historic Shipwrecks Act which makes it illegal to damage wreck sites or remove artefacts from them.