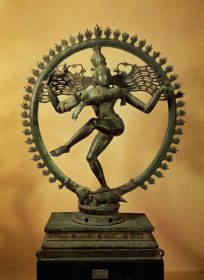 The National Gallery of Australia has won a Pyrrhic victory after New York’s Supreme Court backed its claim against accused antiquities trafficker Subhash Kapoor to recover $5.6 million spent on its stolen Dancing Shiva.

The court in June declared Australia’s temple of high art was entitled to recover $US8.6m ($11.2m) from the disgraced dealer but the gallery doesn’t expect to see a cent of it and is not likely to launch any more legal action.

Kapoor is in India’s Puzhal Prison, charged with ordering the theft of 28 antiquities from two temples in early 2007 and their shipment to him in New York.

One of those antiquities was the 900-year-old Dancing Shiva bought by the NGA in the months after it was stolen. It was restituted to India by Tony ­Abbott in 2014 after India asked for it back on the grounds it had been exported without a permit.

The gallery launched legal proceedings against Kapoor in 2013, even while the dancing figure, encircled by a ring of fire, remained on display at the entrance to its Indian art gallery.

The NGA said yesterday the case had cost $250,000, which is also unlikely to be recovered.

The court arrived at the $US8.6m figure by taking into account a 9 per cent inflation rate on the original purchase price plus costs.