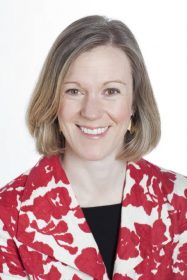 A mother of two children, Ms Quon will relocate to Ballarat in the new year as she takes up the new role officially on January 21.

Ms Quon is also the former head of Beechworth Honey, with a career that spans 20 years in the tourism industry.

She has spent four years at Melbourne Food and Wine Festival as Marketing Director and then chief executive.

She also serves on the board of Visit Victoria, and has been a member of ministerial advisory boards regarding the alpine resorts and food and wine tourism.

She also worked for nearly 10 years in the dairy industry working across New Zealand, Australia and Asia.

”I have long respected the incredible economic contribution Sovereign Hill delivers to Victoria and the important education and preservation role it plays,” she said.

Professor Terry Lloyd has been acting as CEO since the retirement of Jeremy Johnson this year.