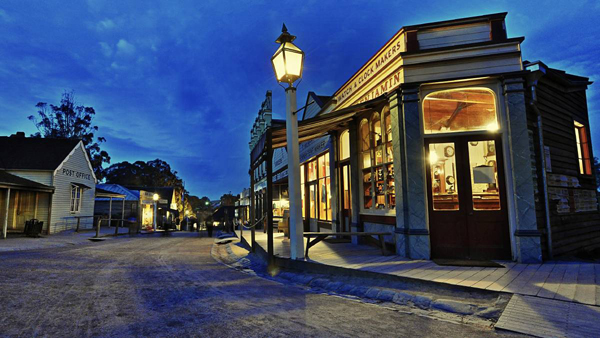 Sovereign Hill has announced its new sound and light show AURA, which will launch at the end of the year.

The show will be developed by Accolade Event Management, led by Andrew Walsh, which has delivered Melbourne’s White Night and the Olympic Games.

With the tagline “gold changes everything”, Sovereign Hill’s marketing director Jennifer Ganske said the spectacle would tell the story of gold throughout the ages through an immersive multi-sensory experience.

The name AURA was chosen to highlight how important gold was for the foundation of modern Australia.

“It’s the idea that gold created and transformed our wealth and especially our immigration through Ballarat,” Ms Ganske said.

“And it was the starting point of our biggest rebellion, which helped form our democratic process.”

The show replaces Blood on the Southern Cross, which ran for 25 years and attracted two million visitors.

Tickets will go on sale soon with the first show set to take place on December 26.