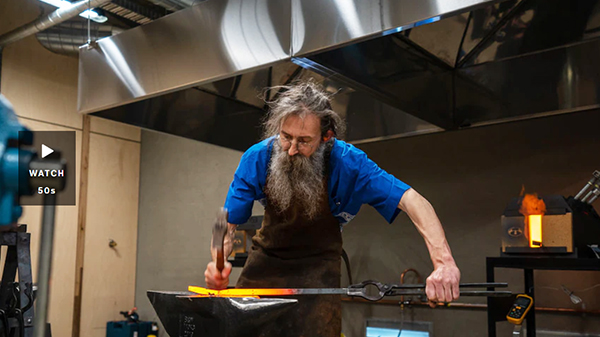 Australia’s first purpose-built Rare Trades Centre has opened to the public with the aim of preserving dying skills and crafts in the age of mass manufacturing.

Ballarat’s Sovereign Hill will host the new facility as part of a $3.7 million redevelopment of the Gold Museum building.

Armourer Rob Hayes said the skills that he and fellow artisans taught were important to preserve.

“These objects, these skills haven’t lost relevance in the modern world, it’s just changed,” he said.

“There might be something that’s more commercially viable, to buy it in plastic or something like that, but there’s a real value people find in making something with their hands,” he said.

“Each one of those areas is huge to start off with and they’ve filled it with really good, dedicated equipment.” 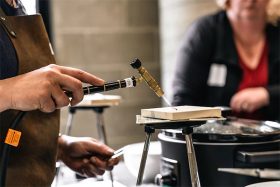 Sovereign Hill Museums Association chief executive Sara Quon said the Rare Trades Centre was one of the most significant projects in the museum’s 52-year history.

“The establishment of Sovereign Hill was a bold idea in the early 1970s, and this new centre continues that ambition as we honour and promote heritage trades for future generations,” she said. 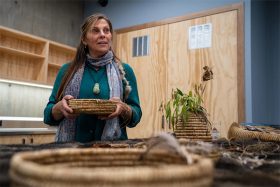 “It’s continuing that cultural practice but it’s also reawakening it and bringing it to the surface,” she said.

She said the location of the centre in the revitalised Gold Museum was perfect for considering the area’s long history.

“Out the window it overlooks our cultural landscape, you can almost hear and see the ancestors out there along the water,” she said.

Association president Craig Fletcher said the centre was important as a way to keep the crafts alive.

“Mass-production techniques mean rare trades practised by dedicated artisans must find a renewed appreciation to ensure the skills are not lost,” he said.

“Sovereign Hill is determined to preserve, protect and extend trades that deserve to remain as a gift to future generations.”