You are here: Home » Articles filed under: 'News' » Article: 'SHMA rare trades in focus – towards CRAFT'

May 27th, 2021 | Browse other: News. | Tagged with: Centre for Rare Arts and Forgotten Trades (CRAFT), Old trades back at Sovereign Hill as a reminder of the past, Sovereign Hill | 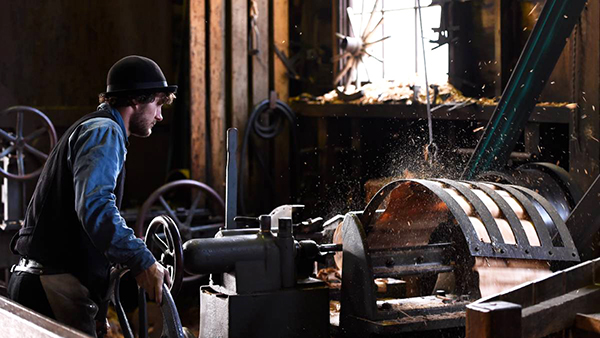 Jolyon Attwooll, Old trades back at Sovereign Hill as a reminder of the past, The Courier, 20 May 2021

An evening designed to celebrate Ballarat’s creative community will be held at Sovereign Hill on Friday evening.

The audience will see 19 different traditional and rare trades artisans in a quickfire presentation of their craft at the museum.

They will gather at the informal event at the Victoria Theatre and the United States Hotel bar to share their experiences and skills with the audience in a so-called Pecha Kucha format. It is designed as a fast-moving showcase, with 20 slides to be shown, each lasting 20 seconds. 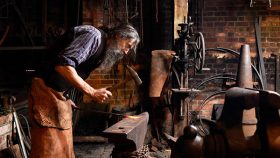 Among the presenters will be glass artist Ruth Allen, handspun textile fabricator Elizabeth Harvey, and Jude Craig, who specialises in using natural dyes.

Also appearing will be the plasterers employed for the painstaking works restoring the Baptist church on Dawson Street, a project that featured on Restoration Australia.

“Rare trades have been part of our outdoor living museum from day one,” said Erin Santamaria, who is the head of rare trades at Sovereign Hill, pointing to the blacksmiths and costume makers who have consistently appeared on the site.

Ms Santamaria said the evening was part of a strategy “elevating and expanding” the focus on rare trades, which was a key part of the museum’s new long-term strategy launched last year.

“It’s about creating a platform for sharing ideas, where collaborations might be able to happen,” she said.

The new Sovereign Hill master plan, revealed on its 50th anniversary in November last year, outlined details of the museum’s plans for a Centre for Rare Arts and Forgotten Trades (CRAFT).

It is due to be opened in June next year, with administrators hoping it will become “a nationally significant facility to teach, learn and experience working with the tools and practices” of rare trades.

The evening, which is part of Sovereign Hill’s 2021 Autumn Design & Tradition seasonal program, will be held on Friday, May 21. Tickets cost $5 and can be booked at sovereignhill.com.au/pecha-kucha.