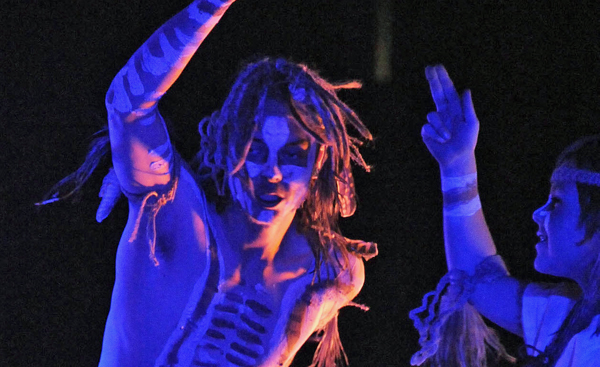 The Sovereign Hill Museums Association and Wathaurong Aboriginal Corporation were announced winners of this year’s Community HART (Helping Achieve Reconciliation Together) Awards for their Gnarrwirring Ngitj (Learning Together) Festival.

The Community HART Awards, now in their fourth year, recognise local governments and community organisations that are advancing reconciliation in Victoria, and are presented by Reconciliation Victoria.

The Awards also recognized organisations that demonstrate Aboriginal and non-Aboriginal people working together, and initiatives that have contributed to relationships, respect and understanding.

The award ceremony was held on Friday 2nd June at the Koorie Heritage Trust in Federation Square as a part of Reconciliation Week. The Gnarrwirring Ngitj Festival won under the category of ‘Large Community Organisation/Group’.

Sovereign Hill’s Gnarrwirring Ngitj Festival was held in partnership with the Wathaurung Aboriginal Corporation (trading as Wadawurrung) for the first time last May (and again in May of this year) and aimed to deepen Australians’ understanding of our shared history.

The Festival included a number of events to celebrate Aboriginal stories, traditions and history, as well as the important contribution that Aboriginal people made to the goldfields. A key highlight of the Festival was a Corroboree, held at Sovereign Hill, featuring Wadawurrung dance and song performed by firelight.

“Sovereign Hill is thrilled to have won a Community HART awards,” says Sovereign Hill CEO Jeremy Johnson. “Indigenous people contributed greatly to the history of the goldfields, and we’re proud that the Gnarrwirring Ngitj Festival celebrates the richness and importance of Aboriginal culture.”