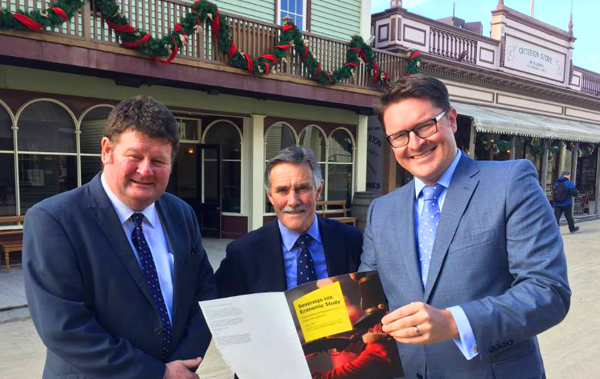 Visitors have flocked to Sovereign Hill as the region’s top attraction recorded a tourism boom in 2016.

More than 789,000 people attended the historic site or one of its attractions in the 2015-16 financial year.

This was a 55,000-person increase on the previous financial year.

The outdoor museum section contributed $155.9 million to the city.

Sovereign Hill chief executive Jeremy Johnson said the report’s figures showed the site was one of the largest tourist attractions in regional Victoria.

“Not only does its award-winning reputation attract tourists to Ballarat who may not have visited the region, but we are also one of the largest employers in Ballarat,” he said.

“The training and work experience provided by Sovereign Hill also contributes to building the overall skill set and productivity of the region.”

The economic impact study included visitor numbers to Blood on the Southern Cross, the Ballarat Gold Museum, Narmbool Farm and Sovereign Hill itself.

The increase was partly attributable to its Christmas in July: Winter Wonderlights event, which helped boost traditionally low June and July visitor numbers.

Sovereign Hill estimated its direct impact on the Ballarat tourism industry was $67.2 million.

“The visitor economy in Victoria is cyclical – there is the Christmas, January and Easter peak periods – now we have put a third peak in July.”

Sovereign Hill board president Adrian Doyle said the report showed how important the site was to Ballarat.