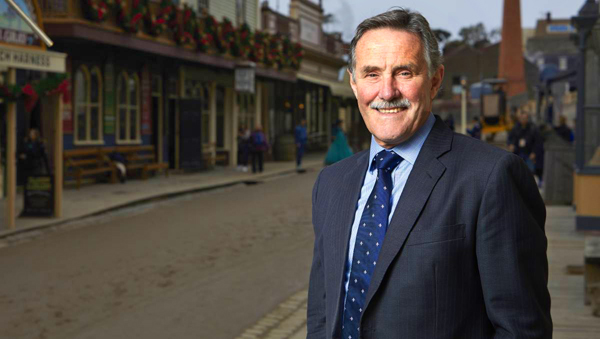 New role: Sovereign Hill CEO Jeremy Johnson has been elected president of the Australian Chamber of Commerce and Industry.

The new president of Australia’s leading business representative organisation will ensure regional Victoria has a chance to be heard.

Mr Johnson said having a president based in Ballarat meant a regional Victorian perspective would be brought to the ACCI.

He said it was easy to focus on capital cities, but regional areas were big players in the nation’s tourism, trade and private sectors.

“It brings a very strong regional focus to the table, in particular when you are dealing with Canberra where the chamber is placed,” Mr Johnson said.

He met with the Reserve Bank of Australia which he said was particularly important to him because he was able to put first-hand the impact of policies and interest rates on the regional economy.

The ACCI influences and lobbies the federal government on policies and draft legislation that impacts business, including economics, trade, workplace relations, employment, education and training.

Mr Johnson said during his two-year term as president, he would like to see small businesses receive more government support.

He said he was looking forward to the next federal election when the ACCI will have the opportunity to influence the public debate.

“The chamber is excellent grounding for working through issues that are on the agenda and I am looking forward to working with my colleagues and the Victorian chamber,” Mr Johnson said.

On accepting the presidency, Mr Johnson said: “Our mission is a simple one. We must work tirelessly to make Australia the best place in the world to do business so Australians have the jobs, living standards and opportunities to which they aspire”.

Victorian Chamber of Commerce and Industry chief executive Mark Stone AM said Mr Johnson had a long association with the Victorian chamber.

“The Victorian chamber looks forward to continuing our relationship with Jeremy as he takes on the role of president of the Australian chamber and working with him to ensure Australian business is more competitive in a rapidly changing environment,” Mr Stone said.

Mr Johnson has been Sovereign Hill CEO since 2002 and served as vice-president of the ACCI from November 2015.