You are here: Home » Articles filed under: 'News' » Article: 'SHMA’s Jeremy Johnson to step down'

SHMA’s Jeremy Johnson to step down 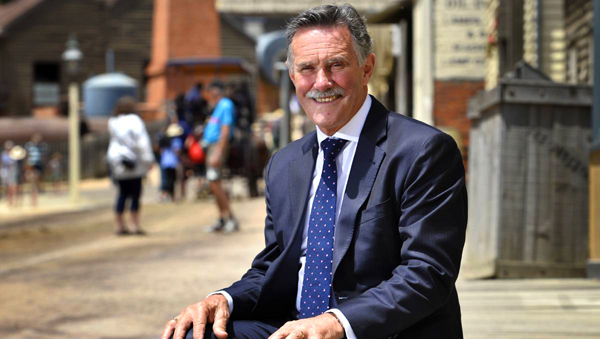 Erin Williams, Sovereign Hill CEO to step down from the top job in June, The Courier, 22 December 2017

Jeremy Johnson will step down as Sovereign Hill chief executive officer in mid-2018 after 15 years in the top job.

The tourism chief was first employed at Ballarat’s award-winning outdoor museum in 1995 and worked his way up to CEO in 2002.

Mr Johnson said it was the right time to leave Sovereign Hill as it was in a very strong financial position, and annual visitation numbers and profits were at record levels.

Under his stewardship, Sovereign Hill has won the past four annual State Tourism Awards as Victoria’s major tourist attraction and in February, it will be vying to win its third consecutive National Tourism Award in this category.

Mr Johnson said he was very proud of those acknowledgements and described his most memorable moment when the outdoor museum won the first state tourism award under his management.

“Our Winter Wonderlights Christmas in July is also memorable. It has seen Ballarat overcome the cold. Ballarat is old, cold and gold. It’s such an advantage to have that,” Mr Johnson said.

He said he would miss the staff and volunteers, but was looking forward to spending time with his wife, Anne, four daughters and grandchildren – his 11th due next month.

He particularly thanked his management team and his senior executive assistant Janelle Burns.

“I am very thankful of the support of the board and the community in general. Ballarat is a very generous community,” Mr Johnson said.

Mr Johnson will continue his non-executive roles as Australian Chamber of Commerce and Industry president and Central Highlands Water board chair.

Sovereign Hill board president Adrian Doyle said Mr Johnson was widely recognised for his contribution to the tourism sector in particular and to the wider community in general.

He was awarded a Federation University Honorary Doctorate in 2011 for his services to business and received the Victorian State Tourism Award for outstanding contribution by an individual in 2012.

“Jeremy is held in the highest esteem by all who know him as we wish his wife Anne and him every success for the future,” Mr Doyle said.

“Our annual visitation numbers and profits are at record levels and this has underpinned a very strong capital works program that continues to reinvent our internationally acclaimed outdoor museum.”

An international reach recruitment campaign will be put in place to seek a replacement CEO, who will start in June.

“This will enable a transition period to be developed by our Board and management while recruitment for his successor is undertaken,” Mr Doyle said.