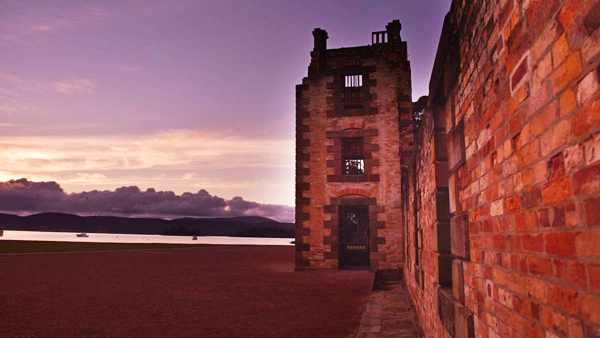 The Royal Society of Tasmania will present a lecture on the environmental observations at Port Arthur in the 1830s.

Port Arthur’s historical significance is well documented, but much of its scientific influence still lies beneath the surface.

The environmental explorations of the area undertaken from 1830-1877 are the subject of a lecture to be held at the Queen Victoria Museum and Art Gallery this month.

Presented through The Royal Society of Tasmania, Shoot, Catalogue, Eat: Interacting with Nature at a Tasmanian Penal Stationwill trace some of the early and lesser known scientific work undertaken at the settlement, the sometimes questionable methods of collection, and how the knowledge gained then continues to influence both the scientific and historical fields today.

Having previously worked at the Port Arthur Historical Site, Mr Tuffin is now attached to a grant from the Australian Research Council.

It was while collating information for a project about convict labour on the Tasman Peninsula that he came across in an old news article about a fish collection which had been brought over to the UK from Australia.

“I just began to follow a trail to find out why he collected the fish, and where they ended up,” he said.

“There were a few Royal Society papers in the UK that were written about these fish and a well-known naturalist named Sir John Richardson actually gave the papers on these fish, which was quite a big thing.

“It was quite interesting to follow a link from the London zoological society to little old Port Arthur.”

As a commissariat officer, Mr Lempriere’s primary role was to look after the tools and equipment coming in and out of the penal station.

His diary reflected a broader range of endeavours, which included shooting the creatures he found and then stuffing or pickling them for his collection.

Mr Lempriere formed a museum at Port Arthur in 1837 and also kept tidal and meteorological information.

Mr Tuffit said the officer probably had some help collecting the specimens.

“The fish that were caught between 1837 and 1840 were probably caught convicts and he preserved them,” he said.

“We’ve been in contact with the Natural History Museum in London, and it seems as though quite a few of those specimens have made their way over there.

“It’s nice to think this little part of early colonial Tasmania is sitting over there in a museum.”

Mr Lempriere wasn’t the only citizen scientist of the era, with Dr Vertigan and Mr Tuffin also set to examine the diary of commandant Charles O’Hara Booth as part of their lecture.

After being appointed as the colony’s first commandant in 1833, his achievements included establishing a new semaphore system and playing a part in the constructing Australia’s first railway from Norfolk Bay to Oakwood. Mr Tuffin said commandant Booth’s dealings with the landscape were fascinating, if not somewhat brutal.

“Him and Lempriere would go around the settlement blasting away all the native wildlife,” he said.

“It’s a bit of a strange way to interact with nature, but that’s what they were doing.”

Commandant Booth’s interaction with nature would prove to be his undoing, with the former British Army captain getting lost in the bush of Forestier Peninsula while out with convict assistant, Joseph Turner in 1838.

With the newly arrived officer Lempriere leading the search party, the commandant was eventually found more than three days later, suffering from frostbite and barely able to call out. While he was transported back to Port Arthur via boat and railway, commandant Booth was said to have never really fully recovered from the ordeal.

He would eventually leave Port Arthur in 1844 to become superintendent of the Queen’s Orphan School at New Town.

Mr Tuffin said the early years of the penal colony under commandant Booth’s reign were the focus for the upcoming lecture.

“From the 1850s, Port Arthur becomes a really large industrial station, where you have mechanisation,” he said.

“The naturalist aspect of the colony was more confined to the 1830s.”

Shoot, Catalogue, Eat: Interacting with Nature at a Tasmanian Penal Station will be held at the QVMAG Meeting Room at Inveresk at 1.15pm on Sunday, July 22.