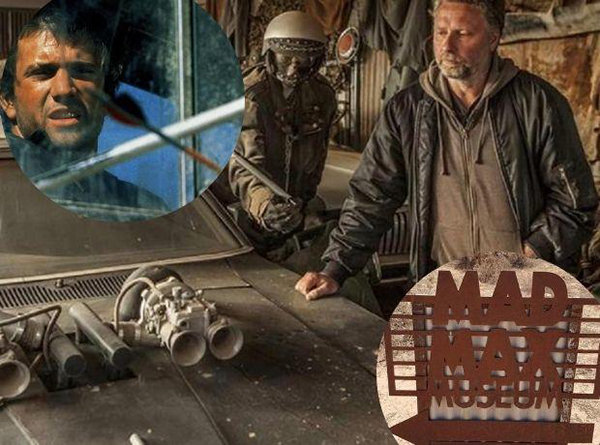 A BRADFORD man has taken his near 40-year obsession with a 1980s action movie to another level, by running a museum near where it was filmed in Australia.

Adrian Bennett and his wife Linda run the Mad Max 2 Museum in Silverton, a tiny town of Silverton, near Broken Hill, on the border of New South Wales and South Australia – where Mad Max 2 was filmed, known as the Hollywood of the Australian Outback. 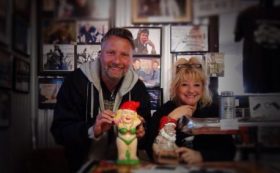 Adrian was 18 when he first saw the film, starring Mel Gibson, in 1982 as part of a double header with its predecessor. Mad Max 2 is a post-apocalyptic action film, which sees Gibson reprising his role as ‘Mad’ Max Rockatansky. The film’s tale of a community of settlers who moved to defend themselves against a roving band of marauders.

Adrian’s love of this film led to the couple moving from Thornbury to Australia in 2006 and eventually opening up the attraction.

The museum, which opened in September 2010, has become a popular stop for fans of the cult classic. Its popularity was heightened when the film franchise reached a new generation in 2015 with the release of Mad Max 4: Fury Road, starring Tom Hardy and Charlize Theron. 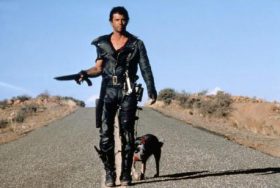 Mel Gibson starred in the 1981 blockbuster.

The site is also bursting with memorabilia items from the film, many of which have been donated by local residents.

Before moving to Australia, Adrian spent 18 months and tens of thousands of pounds building his own Interceptor car, as seen in Mad Max 2, in his garage in Bradford.

Adrian, 56, who owned a car repair shop in Bradford for seven years, explains his 40-year passion started with a trip to the cinema and turned into something much bigger.

He said: “The museum came about after a long passion for Mad Max 2.

“It was a double feature and the original Mad Max movie was the support film.

“I had never heard of these movies until a couple of my biker friends talked me into going to see them as they were ‘biker’ movies. 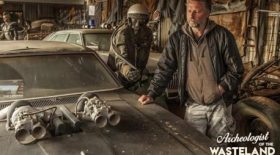 “They turned out to be a lot more than that. I was so taken by what I’d seen on screen it set off on a life-long quest to find out everything I could about these movies, but more so Mad Max 2.

“I met Linda shortly after seeing the movies and one of the first things I asked Linda was if she’d seen Mad Max One and Two? So one of our first dates, so to speak, was to watch both the movies. Then visit as many cinemas in the Yorkshire region to see them.

“Which eventually saw us move to Silverton just outside Broken Hill where the film was shot. 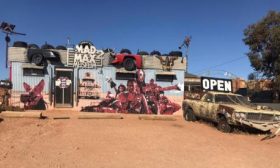 “We moved here in 2009 and virtually started to build the museum straight away.”

Adrian added a visit to the site where the movie was set quickly changed his life. He and his family moved to Australia following a holiday in 2004. Originally Adrian and two of his four sons moved to Adelaide but regularly travelled to Silverton and met people who were involved in filming.

He said: “The idea for the museum came after our first visit to Silverton and Broken Hill.

“The area is known as the Hollywood of the outback due to the large amount of productions made here. But I was surprised to find that there was nothing here that paid any homage to any of the movies shot here, including Mad Max 2.

So I decided to build a museum and hope that I could gather as much memorabilia as possible. Thankfully over the 10 years we’ve been open we have amassed so many items we are at full capacity. 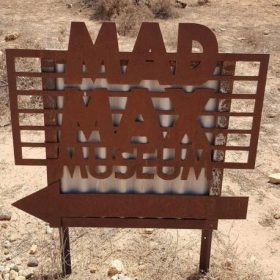 “A lot of the original items have come from Broken Hill locals and original crew members. Some donated, some loaned but most have been purchased.

“The museum is a huge drawcard for the region. Mad Max is a worldwide phenomenon that has affected so many people’s lives of all generations all over the world.”

Meanwhile, the coronavirus crisis also affected the Bennetts’ museum and they were forced to close for 14 weeks. However, Adrian used the time constructively to make some improvements on-site. He says locals are the main visitors at the moment, due to the travel restrictions.

He said: “Because the borders are closed to other states, our only visitors at the moment are those either from New South Wales or those that are stuck here and can’t yet return home. But there are enough coming through the door to keep us going at the moment.”

Adrian says he is still proud of his Bradford and Yorkshire roots and would still be there now if it wasn’t for his obsession with Mad Max 2. 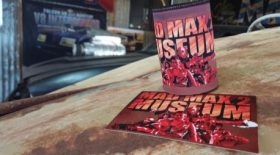 He said: “We are both from Bradford. I’m from Thornbury and Linda is from Fagley.

“I have never been back as I lost touch with people I knew and don’t really have any close family, but I do have great memories of growing up there.

I am still very proud of my Yorkshire roots and if it hadn’t been for my passion for this movie I would still be in Bradford now. “Linda gets back there every two years and catches up with all her family and friends, and loves to visit the places around Bradford that mean so much to her.

“She loves to swap the 50-degree heat of the summer here for the snow over there.” 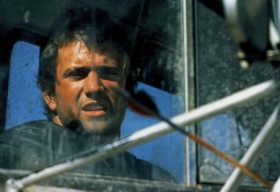 A documentary about an archaeological dig of the sight of the compound in Mad Max 2, which features the couple, will be released on DVD in September.

They were also preparing an event to mark the 40th anniversary of Mad Max 2, which was originally due to be held in March 2021. But this celebration has been pushed back until March 2022 due to the pandemic.

The Bennetts are building a three-quarter size replica of the compound from the movie for fans to camp in. There will be music (from UK post-apocalyptic band V2A) and tours for three days.