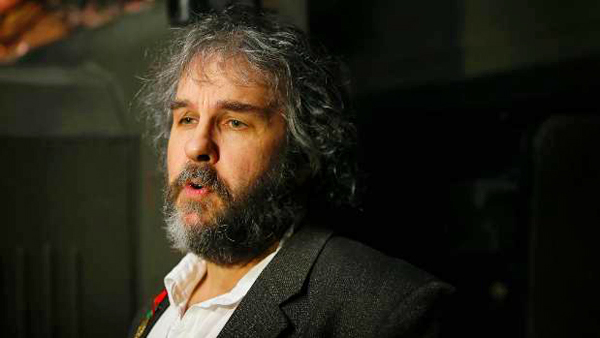 Sir Peter Jackson letter to the Wellington City Council about the project was leaked.

Dave Armstrong, Who needs embarrassing questions when a Very Famous Director’s on board?, Stuff, 11 December 2017

OPINION: Ever been to an engagement party when a terrible fight breaks out between the happy couple and you wonder how the marriage is going to survive? Me neither, but when I read Sir Peter Jackson’s leaked letter to the Wellington City Council about the Film Museum I think I have some idea.

When the Film Museum and Convention Centre was first announced it was a civic love-fest. The business community would have their ratepayer-built convention centre and it would only lose about $4 million a year. Yay! Even better, overseas tourists would flock to the Film Museum. Council voted unanimously to build it pronto and the citizens agreed.

Visitors could enjoy sets and costumes from The Lord of the Rings and Hobbit trilogies as well as the personal memorabilia collection of a Very Famous Director (VFD). Kākā and tūi at Zealandia are all very well, but at the Film Museum you might see the real Chitty Chitty Bang Bang!

So great was the euphoria that there was no pesky, rigorous business cases to respond to or difficult tender processes to go through – it had all been signed off behind closed doors. Who cared if world-famous Te Papa just across the road was free, which might deter tourists from paying $35 to get in to a film museum?

And no one asked how on earth does any museum in the world, even with a VFD attached, make a profit without substantial taxpayer or ratepayer hand-outs? Even Te Papa, which earns a healthy proportion of its own revenue, would be gone by lunchtime if public funding was axed.

It was so important to ‘move forward’ that querulous journalists and lone council sceptic Helene Ritchie were deemed “Hobbit haters” for daring to ask what now appear to be quite sensible questions.

All that had to be done was build and outfit the thing. So Wellingtonians waited with bated breath. And waited. And waited. The city council is now confident that the Film Museum will be open by 2018, I mean 2019, I mean 2020 …

According to the council, it has been difficult meeting with the VFD about it as he is busy on other projects. Yet this week we also learned that the VFD and the council are at loggerheads over a variety of issues including details of the rental deal and various out-clauses.

So concerned was the Chamber of Commerce by the delays that John Milford called for a “Plan B” not involving the Film Museum in case the deal fell over. Then the VFD announced he disapproved of the whole process because it was not open. The VFD is absolutely right – it has always been a murky deal for what should be a transparent civic project.

So where to from here? I can’t see much evidence of recent bad behaviour from council staff and find myself having a rare moment of sympathy for council chief executive Kevin Lavery having to deal with difficult situation. The council and the VFD might try to stay together for the sake of the Film Museum, but the omens don’t look good.

If I was a council apparatchik charged with looking after over $150 million of ratepayers’ money (under a third of our total council debt) on a project that is looking increasingly precarious and acrimonious, I would be wondering if all this fuss over something that was meant to be a wonderful gift to the city (compare it with Mark Dunajtschik’s quiet children’s hospital philanthropy) was worth the grief. Perhaps it’s time for both parties to consider walking away.