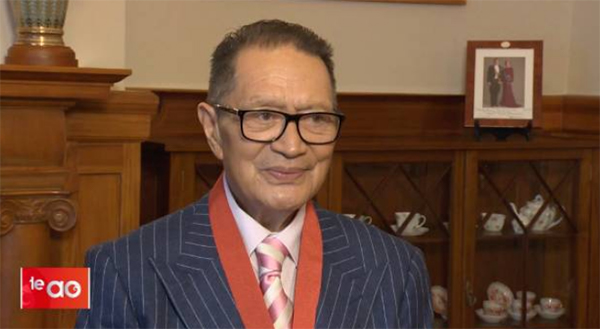 “Is there a greater honour than to be acknowledged by your enemy as a warrior” – Sir Pou Tēmara. Click here to view video.

He is a cultural authority on whaikōrero, whakapapa, and karakia, a Māori academic, a professor of te reo Māori me ōna tikanga at Waikato University, and both a student and a tutor at Victoria University of Wellington as well as Te Whare Wānanga o Awanuiārangi

This week Sir William Te Rangiua “Pou” Tēmara accepted his knighthood despite challenging the monarchy system throughout his career.

Raised by his grandparents in a Tūhoe environment where te reo o Tūhoe was his first language, Tēmara went on to become a recognised authority in the Māori language, customs, practices and Māori performing arts.

He is the chair of Te Hui Ahurei, a legacy of whanaungatanga his father and his generation can be proud of, because it’s the oldest iwi festival, and every two years it brings descendants together to celebrate their Tūhoetanga or their identity as people of Tūhoe. 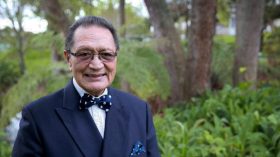 Sir Pou Tēmara of Tūhoe has helped many Māori leaders past and present to find their tūrangawaewae.

He is a person who wears many hats – he is a member of the Waitangi Tribunal as well as chair of the Repatriation Advisory Panel at Museum of New Zealand Te Papa Tongarewa and is on Kingi Tuheitia’s Council of 12.

The internationally recognised professor of te reo Māori me ōna tikanga and philosophy has spent his entire career pointing out the injustices in society from colonisation and its effect on the Squamish nation in British Columbia.

This led him to believe the knighthood (Knight Companion of the New Zealand Order of Merit) bestowed on him in the New Year Honour’s list was a joke or mistake.

But then he sought some advice from whānau, who challenged his viewpoint, saying not all knights have to follow the ”rules”. 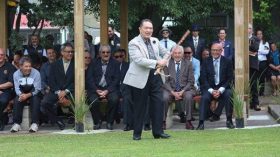 Tūhoe scholar Professor Pou Tēmara has received a Knighthood for services to Māori and education. The 71-year-old said he was in two minds about the honour because he did not think he measured up.

His son, Tamahou, helped settle the matter, “he told me Knights are defenders and agitators, they forge new pathways. So that changed my thinking.” 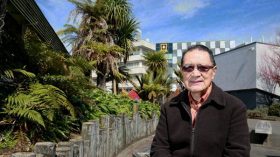 Sir Pou’s actual name is William Te Rangiuia Tēmara, “Pou” was a nickname given to him as a baby by a cousin who was also raised by his grandparents, Tamahou Tinimene and Pareraututu.

“I was eight years old when I started school and my kuia drilled me with the few words of English she knew. ‘Hello, my name is William Te Rangiuia Tēmara. I am eight.’

“That’s all I knew, I didn’t even know how to ask to go to the toilet.”

Sir Pou became a keen student with a love for poetry and writing.

At 15, he left Te Urewera and became a boarder at Wesley College. He got the travel bug too, living and working overseas in the 1960s and joining the army as well. His academic qualifications more than measure up too. He studied, lectured and graduated with an MA in 1991 from Victoria University.

He is a member of Kīngi Tūheitia’s Council of 12, a former director of Te Panekiretanga o te reo Māori. He is also a recognised tohunga, retaining the traditional rituals and knowledge passed on by his grandfather.

Sir Pou is a current member of the Waitangi Tribunal, having been appointed in 2008, and is recognised for guiding proceedings in tikanga.

He has been involved with numerous inquiries, including the Te Rohe Pōtae Inquiry from 2012 to 2020.

He is a cultural advisor for the judges of the Māori Land Court and advised the New Zealand Defence Force on matters of tikanga.

Professor Tēmara chairs the Repatriation Advisory Panel to the Ministry of Culture and Heritage administered through Te Papa Tongarewa. He was made a Companion of the New Zealand Order of Merit in 2015.

This story first appeared on Māori Television’s website and has been republished on Stuff with permission.