You are here: Home » Articles filed under: 'News' » Article: 'Sky’s the limit for science engagement'

Sky’s the limit for science engagement 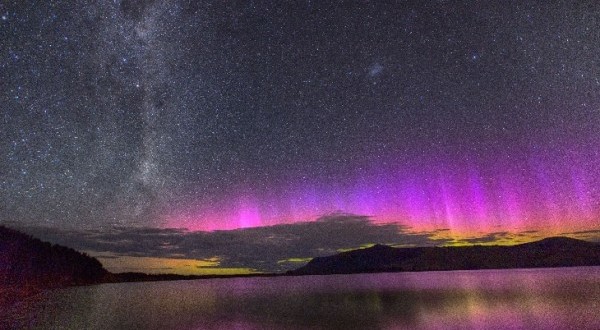 Otago is a province with a rich history of establishing firsts. We have led the way in many fields and that tradition continues. Researchers at the University of Otago are attracting international attention and some have been granted millions of dollars for cutting-edge projects. What are they up to? Reporter John Gibb, in a fortnightly series, does his own research on the researchers.

The night sky holds a special place in the heart of Dr Ian Griffin.

The Otago Museum director has a PhD in astronomy, and is a keen astronomer.

You might say he’s used to stargazing at the universe, seeking to unlock almost unimaginable possibilities and mysteries.

But these days Dr Griffin’s heightened focus is directed more towards his work, strengthening the museum’s research, and its research communication.

But it’s not pie in the sky.

He wants to do more to inspire youngsters to get involved in cutting-edge science and technology – something he believes is vital for Dunedin’s economic future.

It is also crucial to the development of more new lucrative high-tech firms.

Dr Griffin said Dunedin already had successful high-technology businesses and there was scope to build more of these in future by inspiring young people to pursue careers in science and technology.

The museum aims to strengthen its efforts to inspire youngsters and older people about science and technology through developing a centre for science engagement.

This will include a $2 million expansion and further modernisation of Discovery World next year, and a $250,000 education suite, to be added by mid-2017.

But another key research communication role being played by the Otago Museum- in creating New Zealand’s first ”Centre for Illumination”- has received much less publicity.

This initiative involves a national pilot role for the museum in helping develop an outreach programme for the Dodd-Walls Centre for Photonic and Quantum Technologies (DWC).

This nationally funded Centre for Research Excellence involves a collaboration between five universities and other partners and is headquartered at the University of Otago physics department.

Photonics involves manipulating the quantum building blocks of light, and the precision control of matter at the atomic scale through the use of light.

Prof Hutchinson emphasised that because the new centre was being funded by the taxpayer, through Vote Education, the knowledge generated from its world-class research had to be shared with ”the people of New Zealand”.

New relationships would be developed with key municipal museums, where Centres of Illumination, centres for public engagement, would be located.

These would showcase the DWC’s research and would be piloted through the Otago Museum partnership.

This latter partnership would ”ensure the maximum benefit for the public from the relatively modest funds we can invest in outreach activities”.

The DWC’s budget for educational outreach was about 3% of its overall budget, amounting to $150,000 a year, and more than half of this would be spent through the Otago Museum in the first three years of the DWC’s operation.

The country’s first ”Centre for Illumination” will be based in a free-access ”Beautiful Science” gallery near the entry to the museum’s new planetarium, which is due to open in October.

Referring to the museum’s broader overall ”science engagement” role, Dr Griffin said Dunedin was ”the only place in New Zealand where it makes sense to create a national centre” for such engagement with science.

Dunedin, including the museum, had ”a critical mass of expertise here”.

The long-running New Zealand International Science Festival was based in the city, and Otago University, with its ”powerful research reputation”, also ran a Centre for Science Communication.

Having the university, the Otago Polytechnic and the museum, with a ”new suite of public-focused galleries’, meant ”we can do things here that aren’t possible in Wellington or Auckland”.

”My vision is to partner with colleagues at the university, polytech, Science Festival and others and use the museum galleries as laboratories where we can develop and test new ways of communicating culture with visitors.”

A key part of our re-developed centre for science engagement was a ”Science Shop Window”, a place where research groups could ”set up shopand share their research with museum visitors”.

Dr Griffin was born in Orpington, Kent, just south of London, and was ”fascinated by astronomy from a very young age”.

Later being able to study asteroids and comets using ”some amazing high-tech ground-based and space-based telescopes was extraordinarily exciting”.

A highlight was being part of a team that was allocated time on the Hubble Space Telescope to study a fascinating binary asteroid in the Kuiper belt – research resulting in an article published in Nature in 2002.

And what does he do to relax?

”My main hobby is photography, but I also love cycling the Otago Peninsula.

”The road between Portobello and Harington Point is a beautiful place to cycle, particularly at sunset when the colours are stunning.”