December 7th, 2017 | Browse other: News. | Tagged with: Museum of Sydney, Underworld: Mugshots from the Roaring Twenties | 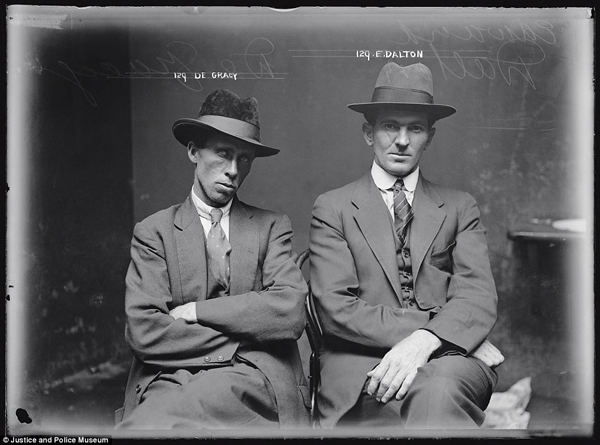 Augustine Gracey and Edgar Dalton were felons who managed to dupe authorities and enlist to fight in World War I.

Ben Hill, Sordid lives of Sydney’s emerging criminal class exposed in never-before-seen images from the 1920s at the museum, The Daily Mail, 4 December 2017

The seedy underbelly of Sydney’s criminals during the 1920s will be exposed in an exhibition featuring never-before-seen police mugshots.

The ‘Underworld: Mugshots from the Roaring Twenties‘ exhibition at Museum of Sydney opens on Saturday and features more than 130 police mugshots taken during a turbulent decade of crime in the city.

‘Criminals moved into new markets including the illicit sale of alcohol and cocaine and the police had to employ every tool and technology to keep up.’