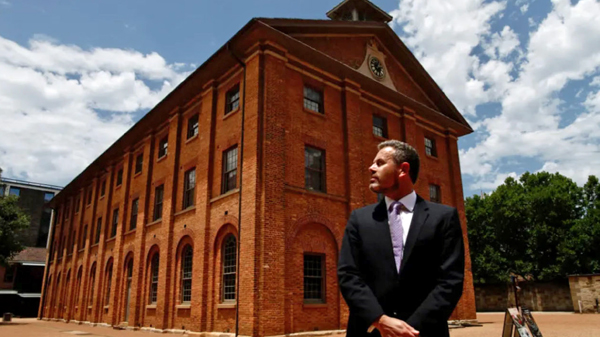 The UNESCO world heritage listed Hyde Park Barracks is to close this month for a major $18 million revamp to transform it into “a rich new, immersive visitor experience like no other in Australia”.

Bringing history to life, the Hyde Park Barracks Museum renewal project is to centre on telling a significant part of Australia’s convict story, its impact on First Nations people and the site’s early contribution to immigration.

The view is that, what is arguably Sydney’s most significant heritage site, it fails to convey the full story of the first settlers and the unique history of the building.

Sydney Living Museums is working with internationally-acclaimed exhibit and media design specialists Local Projects to develop what it says will be a “realistic exhibition experience, featuring an engaging narrative and employing contemporary interpretative techniques, immersive installations and unconventional interactive elements”.

Among Local Projects’ portfolio is the Museum of Collective Memory in New York, which tells the story of the September 11 twin towers terror attack through the voices of those who experienced it.

Grant Millington and wife, Rosie, from Newport, are among recent visitors to the barracks to leave a little disappointed. “It is such a great building on the outside your expectations are really high but we were completely underwhelmed. It lacked customer experience and there was no sense of entering somewhere historic,” Mr Millington said.

Another visitor wrote on TripAdvisor: “The barracks has such an amazing history that I was expecting a whole lot more than I got. Maybe it’s still a “work in progress” – I certainly hope so. The excavated stuff was pretty boring. This “historic site” needs an historian, an artist, and a savvy marketeer to pull it all together so that it truly reflects the Barracks’ history.”

That’s now set to happen with the Barracks Museum closed to the public from January 29 and slated to reopen in late 2019. Part of the project has involved making amazing drone footage of the area. The goal is to tell the history in a more engaging way, triple paid visitor numbers to 300,000 and also increase domestic visitors – overseas tourists account for 70 per cent.

The $12 entrance fee for an individual and $30 for a family will also increase but the new figure has yet to be decided.

Don Harwin, NSW Minister for the Arts, said the reinterpretation of such an iconic heritage building marks the building’s 200th anniversary and promises a bold, new look at the complex, challenging and inspiring stories of Sydney’s early history.

“The completely revitalised Hyde Park Barracks Museum experience will be an anchor for what the government is planning for the historic Macquarie Street East Precinct on the eastern fringe of the CBD, offering an even more vibrant place for locals and tourists to enjoy,” Mr Harwin said.

Mark Goggin, the executive director of Sydney Living Museums, said: “This $18 million renewal project reflects the best in contemporary museum design. It will bring the personal stories to life in a truly authentic, emotional way that is relevant to people’s lives today.”

At the heart of the new visitor experience is a collection of more than 4000 original objects on display, including hundreds of artefacts from the Hyde Park Barracks Archaeology Collection.

“The vision is to create a world class, experiential museum that delivers an outstanding visitor experience in the most iconic heritage building in Australia,” Mr Goggin said.

From its opening in 1819 until the late 20th century, the barracks provided accommodation for convicts, female immigrants and aged and destitute women, and later housed courtrooms and government offices as a legal and administrative hub.

On a visit in late December the visitor experience did seem somewhat lacklustre.

“We can put very sensitive technology through the barracks which knows where you are and that will allow us to create an audio experience where you will encounter characters, almost like walking in a film. It will be about a 90-minute journey.”

When the Hyde Park Barracks was built the colony of NSW was 30 years old. In 1817, governor Lachlan Macquarie, working with a talented convict architect, Francis Greenway, issued orders to build a large, three-storey dormitory next to the convict hospital.

The Hyde Park Barracks was built to house and control male convicts. These men had enjoyed the run of the town. Convicts were accommodated in rows of hammocks two feet in breadth and seven feet in length with each row separated by three feet. During the next 30 years, the barracks came to represent the horrors and drudgery of convict life.

In 1848 the building became temporary accommodation and a hiring office for thousands of girls and women seeking a new life in the colony. From the 1860s it was also a place of care and refuge in the flourishing city for older, sick and poor women.

Almost 100,000 people – convicts, immigrants and asylum inmates – passed through the Hyde Park Barracks. Between 1979 and 1984, archaeologists uncovered a treasure trove of over 120,000 artefacts that had been trapped beneath the floors and below the ground for up to 160 years.