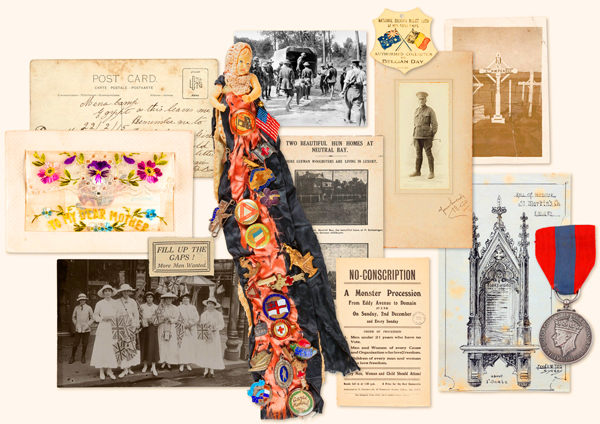 100 years since the fall of WWI soldier, Oliver Whiting, marks the launch of new series of stories of people with a personal connection to Sydney Living Museums.

On this day in 1917, a young soldier, Oliver Whiting’s life was tragically cut short during the battle of Messines, WWI. Before he joined the army, Oliver was a proud member of the Royal Mint staff as a third class workman. He was the third generation of the Whiting family to work at The Mint.

Commemorating 100 years since Oliver Whiting was pronounced killed in action, Sydney Living Museums launches WWI: stories from our museums, profiling stories of war service with a fresh look at people with a personal connection to our historic houses and museums.

Stories from Meroogal bring to life the faded photographs of uniformed men that visitors can see on walls and mantelpieces in the house. Rouse Hill House & Farm history reveals a complex network of friends and extended family associated with the Rouse and Terry families. Susannah Place is represented by a suite of stories centered on Ada Gallagher, who saw all three of her beloved sons go to war.

“The stories told are mostly of individuals: ordinary soldiers, some of whom saw service at Gallipoli, some at the Western Front, as well as pacifists, patriotic fundraisers and anti-war actitivists” said Megan Martin, Head of Collections, Sydney Living Museums.

From the Justice & Police Museum collections comes a rich story about a policeman who was a veteran of the South African War as well as World War I. He later served as a drill instructor at the Bourke Street police depot in Sydney. His story is offset by short profiles from the other side of the law such as returned servicemen whose mugshots appear in the NSW Police Forensic Photography Archive.

Megan Martin continued, “These stories have emerged from research into our collections and explore four themes: War Service, Home Front, Enemy Within? and Commemoration, providing a panoramic view of how World War I was experienced by people associated with our properties.”

“We encourage everyone to visit WWI: stories of our museums for a fascinating and personal look at our historic properties and offering another insight into our heritage,” said Mark Goggin.