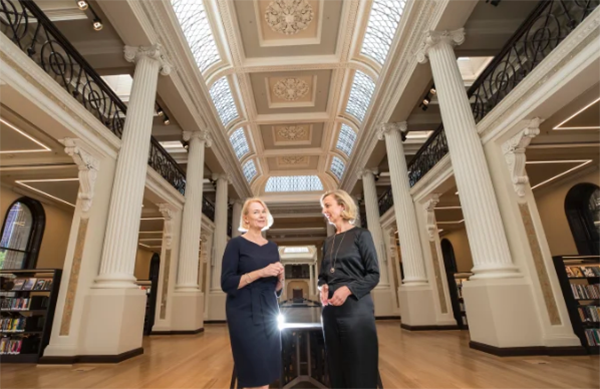 With exposed wires, wilting carpet and its beautiful skylight covered, the room where Melbourne’s first public library opened in 1856 was a sad sight when it closed to the public 16 years ago.

Drab and unsafe, Queen’s Hall had been forgotten as a major landmark, the place where judge Sir Redmond Barry installed the first 3846 books he ordered for the library from London, just two years after The Age first published.

State Library of Victoria CEO Kate Torney said that, if not for a $10 million donation from the Ian Potter Foundation, Queen’s Hall may have spent years more hidden from view.

At last, the multimillion-dollar overhaul of what is now The Ian Potter Queen’s Hall has finished and it is ready to resume its place in the city’s heart. 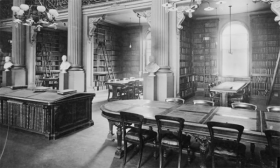 Interior of Queen’s Hall, circa 1910. Credit: State Library of Victoria.

It’s the showpiece of the unveiling, on Thursday, of the State Library’s $88 million renovation. A key architect on the project, Ruth Wilson, is so enamoured of the hall that she is getting married here in March.

To Ms Wilson, a principal at the firm Architectus, which oversaw the resdesign in partnership with the firm Schmidt Hammer Lassen, it is a ‘‘beautiful space’’ that has come back to life.

She helped oversee the exposure of original Ancient Greek-style decorative paintwork, the laying of new wooden floors and restoration of 60 cedar chairs and tables installed in 1859.

In its first years, even before gaslight, the hall — the library’s then-reading room — relied on natural light from its fish scale-patterned skylight.

In November 1901, The Age reported that a ‘‘terrific fusillade’’ of hailstones shattered the skylight, sending ‘‘bullets’’ of ice and shards of plate glass hurtling towards readers below.

The article reported that the hall’s patrons fled safely, or rather ‘‘a general retreat’’ was effected to the security afforded by the lower floors. The skylight was re-glazed, but the roof continued to leak until the skylight had to be covered in 1973. 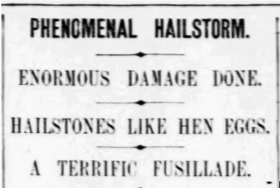 Ms Torney is confident the newly uncovered skylight can withstand future storms. It is made from a tough but clear polycarbonate that still allows the room to be ‘‘flooded with light’’.

A plan for a cafe on the hall’s roof terrace, with a city view, were deemed too costly but Ms Torney said it may be considered in future.

Ms Torney said the entire library renovation — unveiled by Creative Industries Minister Martin Foley on Thursday at 10am with a morning of activities, would not have gone ahead without philanthropists contributing $28 million of the $88 million cost, with the State Government funding the balance.

Individuals’ $20 and $30 contributions counted. ‘‘It was a community effort,’’ Ms Torney said.

A glass barrier wall in the Swanston Street foyer has been removed; there is an information desk and computers for public use. 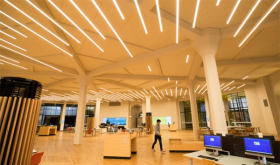 The Quad, one of the library’s new spaces Credit: Jason South.

The room to the left is now called Hansen Hall: here, Readings book shop has been moved to the the Russell street foyer and replaced with aa space where people can meet and have a coffee from the adjacent Mr Tulk cafe.

The main ground floor room, where visitors book PCs and cram for exams, is now the Quad and has 50 more seats, up from 179. Four courtyard spaces branch off from this room: one is the Pauline Gandel Children’s Quarter, with a ‘castle’ playhouse, books, toys but also toilets, a sink and family rooms.

The second space was formerly the newspaper and family history area but now the Ideas Quarter — a hub for budding entrepreneurs. Newspapers, family history and the arts are now located at the library’s Russell Street entrance.

The third space off the Quad is the Conversation Quarter — a public forum for lectures, conferences and workshops. The fourth space is the Create Quarter where visitors can record podcasts and groups can meet.

The huge Domed Reading Room upstairs, which was renovated in 2003, remains the same, but the worn and slippery marble stairs leading up from the foyer, which have been closed for years, have been covered by sturdy modern stone.

The two large 1920s murals high above the stairs — one called War by Harold Septimus Power (1924) and the other called Peace After Victory by Napier Waller (1929) — have been conserved.