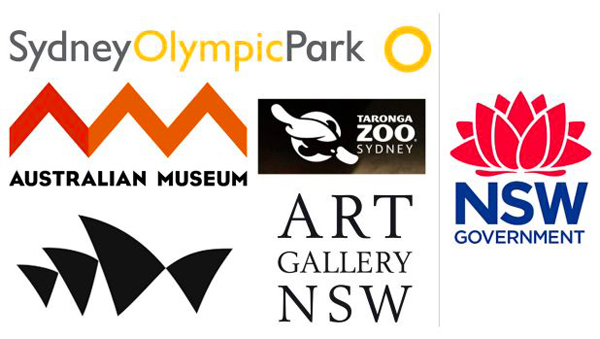 The “Orwellian” rebranding exercise requires famous icons to replace their logos with the waratah.

The NSW government is under increasing pressure to ditch a heavy-handed directive ordering the state’s beloved cultural institutions to abandon their logos in favour of the official state government waratah.

The Herald last month revealed the Sydney Opera House, Taronga Zoo and the city’s major museums had been hit by an order to dump their distinctive brands and adopt the waratah as part of a rebranding drive by the Department of Premier and Cabinet. 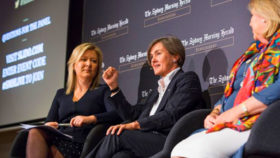 Speaking at a Herald arts event, Australian Museum director and chief executive Kim McKay said the state’s cultural institutions – including the Art Gallery of NSW and the Opera House – had put up a united front against the directive.

“All of the cultural institutions have applied jointly for an exemption on that, so it’ll be up to the minister to determine that,” she said. “We have received exemptions in the past, so we’ll be optimistic.”

Despite the public diplomacy, captains of various cultural icons on the panel hinted at a simmering frustration with the government’s directive. “Ask her again at dinner,” joked Opera House chief executive Louise Herron.

The Labor opposition will step up the pressure on the government when State Parliament returns this week, with its arts spokesman Walt Secord intending to raise the issue with Arts Minister Don Harwin.

“We know all of the cultural institutions are against the plan,” he told The Sun-Herald. “It is a shame to trash these brands which are instantly recognised around the world.