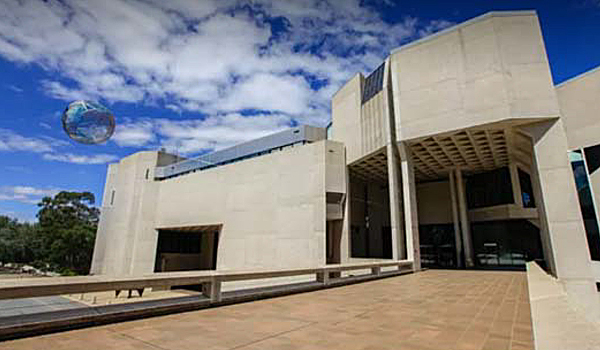 By Katie Burgess, Parking fees jacked up as jobs slashed from archives, library, The Sydney Morning Herald, 8 May 2018

On balance, 21 full-time jobs will be shed from the institutions, despite many receiving more money from the federal government.

This is despite the National Gallery receiving 0.5 per cent less funding from the federal government than last year, and the War Memorial receiving a 4 per cent decrease in funding.

The National Archives received a 1.3 per cent funding cut this year, although $1.8 million will be cut from its budget over the next five years as part of $20.3 million worth of “efficiencies” from the attorney-general’s portfolio that will be redirected to “repair the budget and fund policy priorities”.

The library will actually receive 7 per cent more federal funding than last year despite the staff cuts, while the Portrait Gallery and the National Museum will each see a 8 per cent increase.

Other institutions will see a more modest rise, with the National Film and Sound Archive to receive 0.4 per cent extra and Old Parliament House to get 0.02 per cent more.

However, the National Gallery will get $16 million for upgrades over the next three years.

The 40-year-old building will receive updated lighting, windows and skylights as part of specialist building work to ensure the humidity is right for Australia’s most precious artworks.

The War Memorial will receive an extra $13.1 million over the next four years to speed up the preservation of its collections of photographs, films and sound clippings, which are at significant risk of deterioration.

Some of the money will also go to helping it cope with higher numbers of visitors.

More than $30 million has been cut from the ACT’s national institutions since the Coalition came to power in 2013, with a parliamentary inquiry soon to examine the effect of shrinking funds on Canberra’s museum, galleries and library.

Meanwhile visitors and workers parking in the Parliamentary Triangle will soon pay more for the pleasure, with the long-stay parking rate jumping from $12 to $14 a day on July 1.

The parking rate will increase annually by 50 cents a day and 20 cents an hour from next July.

It’s understood the NCA undertook a review of its parking prices and decided to increase them in line with the cost of parking in ACT government-owned car parks.

The increase is expected to yield an extra $17.1 million over the next four years, which will go to redeveloping the National Capital Exhibition at Regatta Point, as well as funding conservation work on the National Carillon and Blundells Cottage.

The extra money will also go to maintaining Anzac Parade, Lake Burley Griffin and other parts of the Parliamentary Zone.