You are here: Home » Articles filed under: 'News' » Article: 'Smithsonian and V&A' 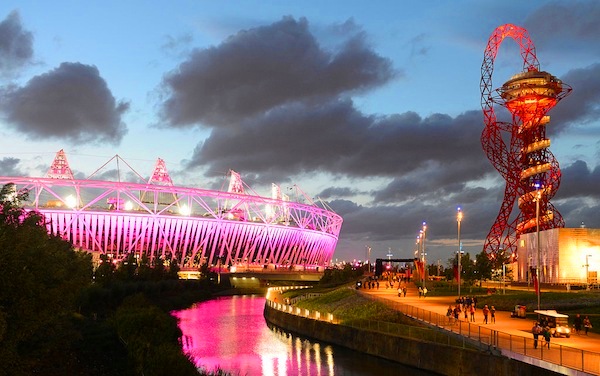 The Smithsonian announced today that it plans to collaborate with the Victoria and Albert Museum to create a permanent gallery space in the V&A’s new building, known as V&A East, which is being constructed in East London’s new cultural complex, Queen Elizabeth Olympic Park. The building is slated to open sometime in 2020 or 2021.

This project is the Smithsonian’s first commitment in its 170-year history to a gallery presence in another country. The joint exhibition space, in East Stratford, will feature programming developed by the two institutions that draws from both collections. “This would not be a ‘Smithsonian outpost in London,’” Smithsonian secretary David Skorton said. “It would be a collaboration with the V&A, giving both of us opportunities to engage with diverse audiences in innovative ways. What we learn through this collaboration will enable us to better tell our stories not only in London, but in the United States and around the world.”

Discussions between the Smithsonian, the V&A, and the London Legacy Development Corporation—which spearheaded the development of the new cultural and educational district—about a possible London space for the Washington-based institution began in January 2015. “Working very closely with the Smithsonian, as well as the other partners in and around the Olympic Park, is one of the key reasons the V&A is committed to developing a new museum, and this proposed collaboration represents an exciting opportunity for us to explore the synergies between two world-class institutions and their collections and knowledge,” V&A director and chief operating officer Tim Reeve said.

The 560-acre campus, and former grounds of the 2012 Olympic games, will host other UK institutions such as Sadler’s Wells, the University of the Arts London, and University College London. The Olympic Park is expected to create three thousand jobs and bring about $4 billion in revenue to Stratford and the surrounding area. The idea to turn the site into a cultural hub was championed by London’s mayor Boris Johnson, and the government has invested $201 million in the project. Founded in 2012, the London Legacy Development Corporation was established to safeguard the park and the legacy of the Olympic games. The corporation strives “to transform and integrate one of the most challenged areas in the UK into world-class, sustainable and thriving neighborhoods.”