February 6th, 2019 | Browse other: News. | Tagged with: Smithsonian closed for more than 20 days, Smithsonian loses $1 million every week of the Govt shutdown |

The institute’s leader, David Skorton says that the lost revenues “are not recoverable” and “will have a lasting effect on our budget.” 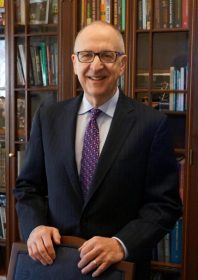 The Smithsonian Institute has survived for more than 172 years, but the government shutdown may be one of its biggest challenges yet. For more than 20 days, the world’s largest education and research complex has been closed to the thousands of people who normally visit its 19 museums each week.

On Tuesday, January 22, organization leader David Skorton penned an essay for USA Today estimating that the Smithsonian is losing $1 million a week in revenues that “are not recoverable” and “will have a lasting effect on our budget.”

Thanks to carry-over funds from the last fiscal year, the Smithsonian remained open for the first 11 days of President Donald Trump’s shutdown. “During that holiday period, more than a million visitors were inspired and informed by our exhibitions and programs,” writes secretary Skorton. “When these funds were exhausted on Jan. 2, we were forced to close our doors to the public.”

According to him, every day of closure prevents approximately 45,000 people from engaging with the Smithsonian. The shutdown has furloughed salaries for more than 4,000 employees, but many of the organization’s contracted workers will not receive backpay.

“Each day of the shutdown has palpable effects on this proud and venerable cultural institution,” Skorton says. The secretary, who has announced his intention to resign from the Smithsonian in June, also details how his organization has lost more than $3 million in revenues over the last three weeks. The DC-headquartered organization boasts a $1.4 billion annual budget from an amalgam of federal support, philanthropy, and retail operations. Unfortunately, the shutdown has shuttered the institute’s biggest moneymakers: restaurants, shops, and IMAX theaters.

“School trips cannot occur with museums closed,” lamented secretary Skorton. “The research of curators and others in our museums is halted. Numerous expeditions and field campaigns related to biodiversity, human origins, and healthy forests and waterways have been canceled.”