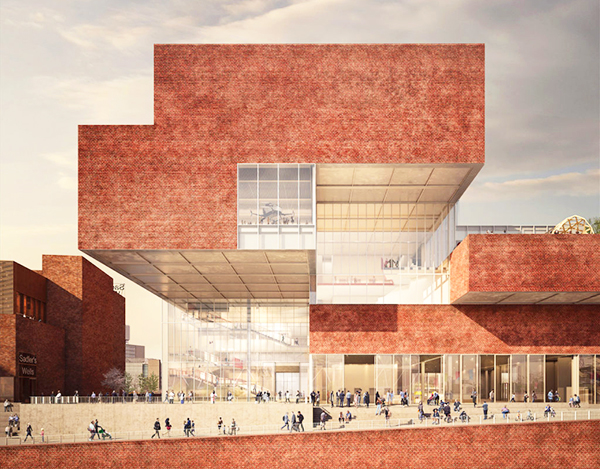 Naomi Rea, The Smithsonian and the V&A Abandon a Highly Anticipated Plan to Jointly Curate a Gallery in London,  21 September 2020

The museums will instead refocus their efforts on launching a paid internship program.

The Smithsonian Institution and the Victoria and Albert Museum in London are abandoning plans to jointly curate a gallery in the planned V&A East museum, slated to open in East London in 2023.

The proposed gallery was expected to draw from both institutions’ permanent collections to explore the impact of human life on the natural world. The museums have now cancelled the long-held plans, citing their “evolving strategic priorities” as well as the public health context.

In a joint statement, the American and British museums say they are re-focusing their work together to provide paid internships to young people as part of an existing program that seeks to promote diversity in the arts. The STEP program will be open to young East Londoners and DC residents from diverse backgrounds, who are hoping to gain experience in the creative industries.

“We know that the creative workforce in the UK and the US does not reflect our societies and this program is needed now more than ever,” the institutions say in the statement.

Successful applicants will be able to travel to London or Washington, DC, for placements in the institutions. The program is also supported by the Foundation for Future London, a nonprofit organization linked to the East Bank cultural hub that is being built in Queen Elizabeth Olympic Park, of which the V&A East will be a part.

Cancelling the joint gallery space is the second major change of plans for the Smithsonian, which had originally expected to open its own space on the site. It would have been the Smithsonian’s first permanent gallery space outside of the US. The plans for the gallery were first announced in 2018, and are the latest to be cancelled due to the worsening financial situation. The Smithsonian’s director Lonnie Bunch has said that the institution has lost millions of dollars in revenue since the beginning of the shutdown.