You are here: Home » Articles filed under: 'News' » Article: 'So much more than tourist destinations'

So much more than tourist destinations

August 29th, 2019 | Browse other: News. | Tagged with: contemporary art museums more than tourist destinations, numbers are just one measure of success for museums | 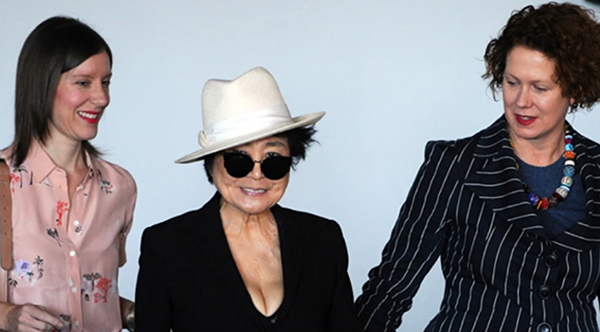 There’s an important principle that must guide the work of contemporary art museums. Yes, audience numbers matter. We’re proud that New York’s The Art Newspaper named the Museum of Contemporary Art Australia the highest attended museum of contemporary art in the world a few months ago, with more than 1 million visitors a year. But numbers are just one measure of success.

Our subject is contemporary art, the art of now. It doesn’t come safely packaged and pre-marketed by history, like a Picasso, Matisse or Monet show – though all three artists were in their time, both contemporary and controversial, with admirers and detractors. Nor are we simply in the business of contemporary art as spectacle, which can drive numbers short term but is less effective at driving long-term curatorial credibility or enduring engagement.

The key to a successful museum is to balance different types of shows – those that will attract high audience numbers and those that take risks and may require more time and commitment. This is what we strive to do at the MCA Australia within the constraints that are inevitable for an organisation that generates nearly 80 per cent of its annual income from non-government sources, ploughing that money back into art and engagement.

Some shows – like 2017’s Pipilotti Rist – have been very popular. Others, like last year’s
David Goldblatt show, have been equally acclaimed but attracted a smaller audience,
although – interestingly – visitors spent considerably longer at the Goldblatt exhibition than our exhibition average. We should and do consider both exhibitions successful.

We know that encounters with art can transform lives, fostering creativity – the skill we need most in changing times – empathy and a sense of community. We know this because long-established MCA programs such as GENEXT, the MCA’s flagship event for young people aged 12-18, and C3West, our Western Sydney program, where artists bring new thinking to issues affecting communities, have proved contemporary art’s impact over the years. It’s why we are so committed to making art accessible to everyone, regardless of age, ability, cultural background or place of residence. Anyone visiting the MCA will almost certainly encounter groups of children of all ages, from all backgrounds, being introduced to the world of creativity by our wonderful team of artist educators in our National Centre for Creative Learning.

And yes, we do sometimes exhibit artists who are well-known outside the art world. British artist Grayson Perry, for example, was known as much for his documentary TV programs as his art. As with the Japanese-American artist Yoko Ono, the quality of the work was the primary consideration. Ono is a ground-breaking female artist who was making work long before she shot to stardom as the wife of a Beatle. Proper recognition of her importance was long overdue. In 2009, she received one of the artworld’s highest accolades, the Gold Lion for Lifetime Achievement at the Venice Biennale.

Success can also be measured through economic targets. There has been a worldwide explosion of interest in contemporary art, which is a major driver of cultural tourism around the world. Cultural tourists spend three times more than tourists who travel for other reasons and the market is increasingly sophisticated.

In the end, though, great contemporary art museums are so much more than tourist destinations. They are catalysts. Art fires the imagination. Artists can help us see ourselves and the world in new and different ways. Contemporary art helps inspire our individual and collective future. That is its real importance – and success.

Elizabeth Ann Macgregor is the director of the Museum of Contemporary Art Australia.