You are here: Home » Articles filed under: 'News' » Article: 'So you’re stuck at home? Sebastian Smee' 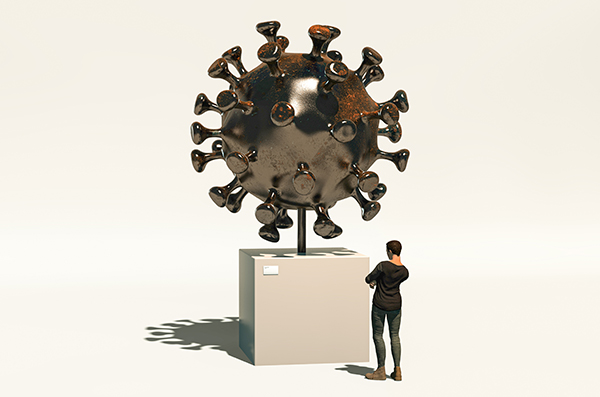 Sebastian Smee, So you’re stuck at home. Here’s a guide to finding great art while in isolation, The Washington Post, 19 March 2020

So you’re stuck at home. There’s a pandemic. What to do?

Maybe you’re into art. Or maybe you’re not — but you always secretly thought you might be if you only had the chance.

Well, now you have the chance. But of course, there’s a problem. Almost all of the art museums have closed. It’s depressing. The incredible Degas show — the one that came all the way from Paris? Shut. The Gerhard Richter show — maybe the last major one in his lifetime — at the Met Breuer? Closed for business. Just like everything else.

Don’t worry, friends! The museums will eventually reopen. But in the meantime: We are so lucky. There are options galore. For you. For your kids. For your mother-in-law. For your new boyfriend, even — the one you had your first date with at the art museum in February, and now you’re separated because he’s stuck in another city, and you just want to keep that feeling alive . . .

Calming, arousing, consoling, infinite: Art will save you. It’s the glue. It’s the machine that makes meaning. It’s beauty and truth. (And fear and sex and boredom.) It’s up there with the very best that humans have done. So let’s get into it.

You hear about how people feel excluded when it comes to art museums. The architecture, the “don’t touch” vibe — it can be intimidating.

Most of that is psychological. It’s actually amazing how accessible art museums have become. Great art used to be reserved for monarchs, aristocrats and the church. Now, everyone is welcome.

And if that’s true for in-person visits, it’s even more so online. There are incredible resources — thank you, Internet. Podcasts, art documentaries, video art, museum websites and so much more.

From the soothing how-to-paint videos of Bob Ross — perfect if you’re feeling anxious — to William Kentridge’s 2012 Charles Eliot Norton Lectures at Harvard University — the most brilliant, challenging and entertaining series of lectures on art ever delivered — there’s something to suit every mood, every taste, every flavor of idleness.

One of the art podcasts I listen to most is the Art Newspaper’s, hosted by Ben Luke. The latest episode has a discussion of a series of paintings by Titian that Lucian Freud once called “simply the most beautiful pictures in the world.” They have just been reunited for a once-in-a-lifetime show at the National Gallery in London, now closed to the public. (But an upside: It will come to the United States.) Every episode is quality.

I also love “The Lonely Palette,” hosted by the excellent Tamar Avishai, each episode focusing on a single painting, and Tyler Green’s “The Modern Art Notes Podcast,” which airs intelligent, in-depth interviews with artists and curators. (With 436 episodes in the can and counting, “Modern Art Notes” is one of the great resources for art lovers.) But if you want to try to comprehend the full scope of art and its connection to life, from prehistoric times to the present, “A History of the World in 100 Objects,” produced by the BBC and the British Museum and hosted by Neil MacGregor, is pretty much unbeatable.

The Metropolitan Museum of Art

Almost every U.S. art museum, big or small, has a website. Many of them are not only beautifully presented but also fantastic resources. Some offer virtual guided tours. Boston’s Isabella Stewart Gardner Museum even has a walk-through with its director of security, Anthony Amore, retracing the path taken by the thieves who broke into the museum on March 18, 1990.

In a more idle frame of mind, you can also browse your favorite museum’s permanent collection — and get a sense of the 90 to 95 percent of works not on display at any given time. Just type in the name of your favorite artist, or category of art, and press search.

Some museums will let you set up an appointment to see your favorite works in person, in a specially set-up study room. This, I can tell you, can be an incredible experience. Why not make your selections now, taking your time over it, and set up an appointment for later in the year? Plan a surprise date around it. I guarantee: If you propose there, all other things being equal, she or he will say yes.

Major museum websites also present expert audio about highlights of their collections. The Met produces short videos of contemporary artists talking about their favorite works. It’s a wonderful series. And all of this is just for starters.

The Metropolitan Museum of Art

But of course, the possibilities go way beyond the websites of art museums. If you want to learn a little — or a lot — about art, the Khan Academy and Smarthistory have terrific short videos about major artworks and bigger topics within art history. Either dip in and out according to your own whim or take a carefully curated course. You could lose yourself in these for months, if not years. It’s all easily available online and free.

Google Arts and Culture, which has its own app, is similarly impressive. You can take virtual tours of the world’s greatest museums and get insanely close up to some of the world’s most famous paintings. You can also visit important cultural sites, such as Indonesia’s Borobudur, the world’s largest Buddhist temple complex, or view smart, creative videos focused on specific objects — for instance, Vivienne Westood’s “Boucher” corset in London’s Victoria and Albert Museum.

There have been so many great art documentaries over the years. Personally, I am partial to the very British, sometimes very cheesy documentaries narrated by the likes of Waldemar Januszczak and Simon Schama. But I also like the four-part series on Northern European Renaissance art presented by Harvard University’s Joseph Koerner. If you want to go farther back in time, it’s hard to beat Robert Hughes’s “The Shock of the New,” John Berger’s “Ways of Seeing” or Kenneth Clark’s “Civilization.” All were groundbreaking television and enormously influential.

There’s also a nine-part 2018 documentary, “Civilizations,” that tried to take on Clark and tell a sweeping story not just about European civilization, as Clark had done, but also about the history of the entire world.

When you are tired of people trying to teach you things, which happens to me rather quickly, try treating yourself to a bit of video art. It’s a wild genre. Much of it, it’s true, can be alienating. But video artists are responsible for some of the most amazing things ever put on film.

If you want an example of video art that will enthrall your kids, show them “The Way Things Go,” a video, apparently about cause and effect, by Swiss artist duo Peter Fischli and David Weiss. It’s utterly amazing.

It’s a fun exercise to place video art in roughly the same category of cultural experience as music videos. They can be disastrously dull or as wonderfully experimental, visually brilliant and many-mooded as great pop songs. I often go from one kind to the other, enjoying both equally. Peter Gabriel’s “Sledgehammer” and Lady Gaga’s “Bad Romance” lead seamlessly into Arthur Jafa’s “Love Is the Message, the Message Is Death” (set to Kanye West’s “Ultralight Beam”) and Matthew Barney’s epic “Cremaster Cycle.” Sometimes, compelling artists, such as the South African photographer Roger Ballen, collaborate with interesting hip-hop acts such as Die Antwoord, with results that will either thrill or repel you (probably not suitable for kids), or they use well-known music (in Alex Da Corte’s case, Leonard Cohen’s “Chelsea Hotel #2”) to make utterly distinctive and original videos of their own.

It’s not for everyone, but I’m a fan of the hectic, post-humanist visual genius of video artists Ryan Trecartin and Lizzie Fitch. Their body of work somehow fills the same cultural space in my mind as Britney Spears’s early work. Go figure. There are a million other options, much of it available online.

But, hey, not everything has to happen online. In the late afternoon, when I’m not good for much else besides planning dinner, I like to pull out one of my favorite art books — Robert Frank’s “The Americans,” a book of photographs obscurely but incontrovertibly better than any other, ever; almost any Matisse catalogue; or a favorite book on Indian paintings — and just turn the pages. I try only to look, not to read any text.

Making and thinking through art

And there’s always making art. It’s good to get into that head space. Sometimes I get a pencil and paper and try to copy drawings by Matisse or Ellsworth Kelly. Or I just draw the contours of the plant in our living room. I’m kind of hopeless. But I don’t mind. It’s weirdly rewarding: a way to wipe the grime from your mind.

If you want, by contrast, to engage the mind intellectually, the Kentridge lectures I mentioned up top are something to savor. Although actually, they almost turn the mind against itself, leading you back to the value of drawing, probing, experimenting and not knowing over knowing, controlling and dominating. So many people I know say that seeing these lectures live or watching them online changed their lives.

But if that’s not where you head is at, there’s always Bob Ross.

Folks, this is just a sampling. Add your own ideas in the comments section below (don’t let me down, art-loving friends!).