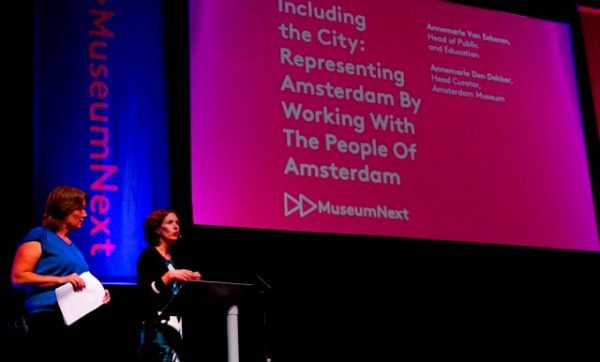 MuseumNext – a series of conferences on the future of museums.

Aidan Dunne, The future of museums: ‘soft power’ and the hard sell, The Irish Times, 20 April 2016

‘Soft power” refers to winning people over on the basis of cultural appeal and ethical values, as opposed to more conventional diplomatic strategies or brute economic or military force. It’s by no means a novel concept, but it has particular contemporary relevance in a fractious, crowded, pluralistic world.

MuseumNext is a peripatetic series of conferences on the future of museums that begins its Dublin iteration today. Among the subjects it will address is the idea of museums as agents of soft power.

This strand is organised by the Knowledge Quarter, a broad partnership that encompasses academic, cultural, research, scientific and media organisations in one small area of London. Within a one-mile radius, including King’s Cross, Bloomsbury and Euston, the richness of the Knowledge Quarter partners – including the British Museum, the British Library, the Wellcome Trust, the Guardian and the University of the Arts – is breathtaking.

If museums are agents of soft power, whose interests do they represent? Miki Lentin of the British Library takes the broadest possible view. Museums should, he says, serve “anyone and everyone”. As a stakeholder in Knowledge Quarter, he believes in the availability of knowledge to anyone who is interested. Knowledge Quarter is, he says “a modern manifestation of a ‘live museum’. . . Technologically connected, networked and collaborative, we believe that all our partners should impact everyone, from any background.”