June 1st, 2018 | Browse other: News. | Tagged with: Aboriginal reconciliation and french philosphy, David Rieff - In Praise of Forgetting, Ernest Renan - what is a nation? | 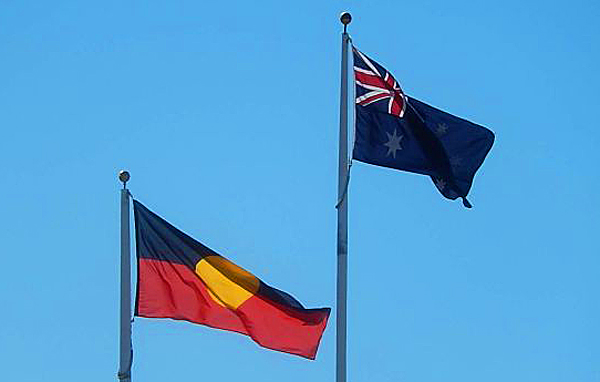 It is a challenge to our age: do we endlessly prosecute grievance or do we set aside the past to find true unity? Source: Flickr: Michael Coghlan.

Stan Grant, Aboriginal reconciliation and what we can learn from a French philosopher, ABC News, 31 May 2018

What can a French historian and philosopher tell us about reconciliation between black and white in Australia?

More than a century ago, when in Australia it was still widely presumed that Aboriginal people were a dying race, Ernest Renan was grappling with the question, what is a nation?

It remains one of the most profound and powerful statements of identity, written in 1882 in the shadows of the French Revolution.

Renan sought to look beyond the “grave errors” of race or language or religion; he came to his essay, he wrote, in “an absolutely cold and impartial fashion”.

A nation, he wrote, was defined not by any one thing but the sum of its many parts, “the fusion of the populations that comprise them”.

‘There are no pure races’

Race could be no foundation for nationhood, to Renan “there are no pure races”; race he said “has always been of diminishing importance”; no-one, he wrote, has the right to go about the world examining men’s heads and then grabbing them by the throat and saying “you are of our blood, you belong to us”.

The nation he wrote was a “daily referendum … a perpetual affirmation of life”, the search for a “collective identity”.

Renan wrote a nation “is a soul, a spiritual principle”. It was born of a marriage of the past and the present, one the “possession of a rich trove of memories”, the other “actual consent, the desire to live together, the will to continue to value the undivided shared heritage”.

Critical to Renan was the question of history; history could bind a nation or tear it apart.

The study of history, he wrote, “often poses a threat to nationality”. Renan posed a challenge that resonates still today: “Forgetting, I would even say historical error, is an essential factor in the creation of a nation.”

It is a challenge to our age: do we endlessly prosecute grievance or do we set aside the past to find true unity?

Today, history is often used as a weapon; it is to identity what carbon is to steel.

In praise of forgetting

The journalist and philosopher David Rieff was inspired by Renan for his 2017 book In Praise of Forgetting.

Rieff confronted the adage that those who do not remember the past are condemned to repeat it. Instead, he wrote, “thinking about history is far more likely to paralyse than encourage”.

To Rieff, we risk turning it into a “formula for unending grievance and vendetta”.

The world is scarred by conflict born out of the wounds of the past: Catholic versus Protestant, Hutu against Tutsi in Rwanda, Shia and Sunni, Hindu pitted against Muslim, Israeli versus Palestinian.

History is at the heart of identity politics; it is its pulse.

This is history as betrayal; the narrative of loss, robbed of inheritance.

American political scientist Mark Lilla has called this the apocalyptic imagination; “the present, not the past, is a foreign country … all that was left was the memory of defeat, destruction and exile”.

New histories are being written

These are confronting questions for Australia; history — the unresolved legacy of the past — lies at the heart of reconciliation.

There are calls for a process of truth and justice, to end what great Australian anthropologist William Stanner once called “The Great Australian Silence”.

In many ways, we have pierced that silence. New histories are being written rescuing the Indigenous story from the margins.

We are confronting critical questions. How does our nation commemorate figures like Captain Cook? How should we remember the frontier wars? Was this continent settled or invaded?

Most critically, how do we have this vital national discussion without tearing each other apart? How do we make this story — all if it — our story? How do we build a nation out of the pieces of the past?

Ernest Renan speaks powerfully to us; forgetting is crucial to nation building, yet forgetting can too easily slip into denial.

This year the theme of Reconciliation Week is “don’t make history a mystery”; history can tell us who we are but history can also become a battlefield.

Reconciliation is about nation building. In the words of Ernest Renan: “Man is a slave neither of his race, his language, his religion, the course of his rivers, nor the direction of his mountain ranges.

“A great aggregation of men, in sane mind and warm heart, created a moral conscience that calls itself a nation.”