You are here: Home » Articles filed under: 'News' » Article: 'State of the Arts in Federal Budget'

State of the Arts in Federal Budget 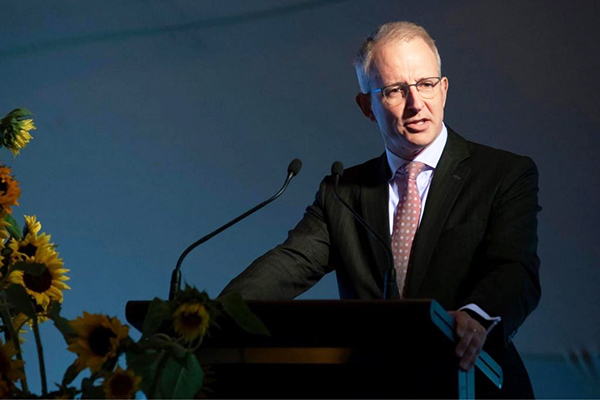 After a horror year of the COVID-19 pandemic hitting the arts hard, the 2021-22 federal Budget announced a modest $223 million in additional support to the sector, with the Treasurer, Josh Frydenberg, finally acknowledging in his Budget speech the arts “continue to do it tough”.

This long-overdue call out to the arts community follows Frydenberg’s failure to mention the sector in his belated 2020-21 Budget speech last October, and long delays in spending any of the arts “support package” announced last June, including the Restart Investment to Sustain and Expand (RISE) fund.

This small uplift in the arts’ fortunes comes one month after the federal Arts Minister, Paul Fletcher, called the Australia Council’s 29 major performing arts companies a “cosy club” in a speech to the Sydney Institute, part of a pattern arts advocate Esther Anatolitis noted of the government talking arts and culture both up and down.

Yet research by The Australia Institute last year found the arts improved the mood of 73 percent of Australians during the pandemic. Canberra-based institute researcher Bill Browne said the $223 million funding was welcome, with “most going to financially support events and productions in this and the next financial year”.

In 2021-22, the Temporary Interruption Fund will be expanded by $50.8 million for the screen sector to recommence productions, and $11.4 million will be spent to support regional tourism with further funding to the Regional Arts Fund, the Festivals Australia program and the Indigenous Visual Arts Industry Support program.

In 2020-21 a mere $10 million has been allocated to charity Support Act for relief for artists and arts workers.

Given JobKeeper has now finished, “artists and arts support workers are left without safety nets to create their own livelihoods”, says Dr Meg Elkins, an applied and behavioural economist at RMIT University. “SupportAct provides some level of financial benefit, in the form of $2000 grants, but others outside the music industry are having to find even more entrepreneurial means of support.”

There will be ongoing funding of $3 million and further funding of $11.9 million over four years provided to the Australian Children’s Television Foundation to support the development and distribution of Australian children’s television content, on top of $20 million over two years provided in the 2020-21 Budget – all crucial given the Federal Government has allowed commercial broadcasters to dispense with the quota requirement to air Australian-made kids’ programming,

The Budget also confirmed an additional $85.4 million funding boost for national collecting institutes, already announced the week prior to the Budget, although Bill Browne noted most of this funding was for “critical works” and maintenance: “It’s not enough to patch holes: we need thriving, growing institutions,” he said.

Earlier this week at The Conversation, former Sydney Festival Artistic Director Wesley Enoch called for a “reinvestment in the social capital of ideas”. Enoch pointed out that when the former federal Arts Minister, George Brandis, cut the Australia Council budget by $100 million in 2015, 65 arts companies and 70 percent of grants to individual artists were lost. “In one fell swoop, the funded arts sector – and the creative imagination of the nation – shrunk.”

Money was redirected away from peer assessment to the minister’s discretion, and while much was returned after an outcry, grants and funding from the Australia Council decreased by 19 percent in real terms between 2013-14 and 2019-20, increasing by $1 million in last year’s budget. Then COVID hit.

“I think the arts are smaller, less effective and more timid because of the 2015 cuts,” Enoch wrote. “Australia’s arts funding suddenly felt more fragile, in the face of one individual wielding extraordinary power.”

While the arts fared somewhat better in the Federal Budget compared to last year, the higher education sector was hit hard by funding reductions of 9.2 percent for universities and 24.2 percent for vocational education between now and 2024-25. Notably, fees doubled last year for some university arts courses, with many criticising the Federal Government’s slashing of contributions to humanities courses as an attack on critical thinking.

The broadcasting budgets of the ABC and SBS will be cut in real terms by 6 percent between now and 2024-25, due to the government pause on ABC indexation funding in 2018. Media, Entertainment and Arts Alliance Federal President Karen Percy told an ABC Friends event in Melbourne last week that more than 1100 jobs at the ABC had gone since 2014, and cuts of “hundreds of millions of dollars over recent years” are “nobbling the organisation’s ability to effectively tell Australian stories”, despite the recent successes with dramas such as Wakefield, Mystery Road and The Code. “The relentless bashing by politicians, media rivals and ideologues is also hobbling the national broadcaster,” Percy said.

Meanwhile, there is no reporting date yet on the Parliamentary Inquiry into Australia’s Creative and Cultural Industries and Institutions. The Meeting of Cultural Ministers was disbanded last year.

“In the absence of a national cultural policy or arts and cultural plan, there’s now almost as much money in the RISE Fund as the Australia Council has in its entire annual grants budget,” Esther Anatolitis wrote at ArtsHub.

“Pandemic relief funds that were urgently needed in 2020 are still being granted in 2021, without the benefit of a strategic approach to long-term, sustained artist, industry and audience development. And yet all Australians rely on the artists and arts organisations to create our future.”