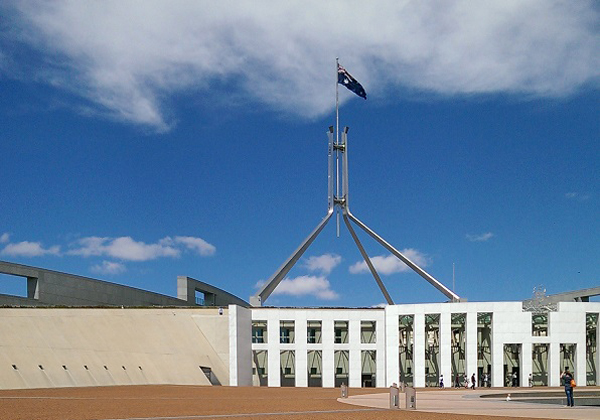 101 submissions to the House of Representatives Committee for Innovation and Creativity – workforce for the new economy includes a number of evidence-based submissions highlighting the importance of arts and humanities and the danger in siloing the creatives out of a creative innovation agenda.

Submissions received by the Committee include those made by the Deans of Arts, Social Sciences and Humanities (DASSH), Theatre Network Australia (TNA), Live Performance Australia (LPA), National Association of Visual Arts (NAVA), Screenrights, Australian Copyright, AMPAG and Distinguished Professor Stuart Cunningham and Chair, Australian Council of Learned Academics (ACOLA) who writes– ‘While technical and scientific capabilities are recognised as critical, there is a growing awareness that innovation also requires people who understand business, systems, culture and the way society uses and adopts new ideas’.

While the arts attract the country’s most creative people to develop works that inspire, challenge and expand our understanding of ourselves, the arts have been siloed from the country’s innovation and creativity framework. This means Australia is not reaping the full benefits of a workforce that is both highly creative and inventive.

There is a fundamental, intuitive connection between the need for Australia’s labour force to be focused on innovation and creativity and the fact that the arts’ raw resource is creativity and innovation. But, strangely, this obvious correlation has been missing at government policy levels.

Successfully transitioning to an innovation economy requires a shift in Australia’s policy settings to centralise the role and impact of the arts in developing creative, innovative, connected and flexible individuals that together form our workforce.

We know the arts are a source of creativity, that its workforce is passionate, generous and driven, and that artists’ work practices are demanding and disciplined. What a workforce trained in creativity brings to a workplace (whether artistic or in traditional employment sectors) is a unique, exploratory perspective, practised in testing ideas and finding solutions.

Ian Narev, Chief Executive of Commonwealth Bank of Australia, in a recent interview warned Australians ‘against being entranced by the siren song of technology at the expense of human-centred strengths, like creativity and imagination as true drivers of innovation’.

In fact, I worry, if anything, that too much has focused on the need to develop more people who can code. They are a critical resource but let’s not kid ourselves, we are still human beings and we’re still broader than just the skills that we need to code. Because actually, as an employer and as a member of the community, the skill we most need to foster is creativity.’

A recent UK report for NESTA found compelling evidence to support Ian Narev’s position. It found that firms combining arts and science skills are more likely to grow in the future, are more productive, and are more likely to produce radical innovations. This supports the hypothesis that the impact of arts skills in the UK economy extends beyond the creative industries.

‘firms combining arts and science skills, other things being equal, outperform those firms that utilise only arts skills or science skills:

The creative sector is also a major player in the economy—it generates secondary economic activity, it provides employment, and the skills developed in this sector have the capacity to influence the creative innovative culture of other business.

The national cultural sector contributes around $50 billion to Australia’s GDP, a similar share of GDP to the USA and Canada, with over $4.2 billion coming from the arts. The cultural and creative industries employed 531,000 people

A 2013 Oxford University study by Frey and Osborne, The Future of Employment: How susceptible are jobs to computerisation? examined 702 occupations and found that 47 percent of employment is at risk. They conclude by stating that‘as technology races ahead, low-skill workers will reallocate to tasks that are non-susceptible to computerisation—i.e., tasks requiring creative and social intelligence. For workers to win the race, however, they will have to acquire creative and social skills (2013, p. 45).’

The arts sector and creative industries and the skill sets they foster are vital to a creative, innovative and resilient society and economy. Policies to advance our innovative capacity must adopt a STEAM (science, technology, engineering, arts and mathematics) and not just a STEM approach in primary and secondary schooling but also in the study and development of how this translates to the tertiary level and its intersection with incubators and business.

Failing to do so will limit Australia’s innovation potential and capacity to compete internationally.

* A summary of AMPAG’s Innovation and creativity & the new economy submission can be downloaded here.

Positions Vacant » View All
» Senior Curator of Art – MAGNT
» Director, First Nations – MAAS
Latest News » View All
Lockdown gardens – an ancient lineage
viewed through Te Papa's collns Read more.
Art has always helped, healed and cured
Turin museum equipped for vaccination pgm Read more.
Australians support masks & border closures
& are willing to be vaccinated for COVID-19 Read more.
COVID or Covid? The comfort of pedantry
at a time of national crisis Read more.
Cultural sector reports misleading numbers
- Unknowingly? Why it needs to stop in 2021 Read more.
Top +
Council of Australasian Museum Directors, c/o Ms Daryl Karp, Museum of Australian Democracy at Old Parliament House PO Box 3934 Manuka, Australian Capital Territory 2603 Australia, © CAMD 2021
Copyright: All information and resources provided on this website remain the copyright of the Council of Australasian Museum Directors. Permission is granted for viewing and downloading for personal and not for profit purposes. Those wishing to reproduce any materials for commercial, educational or other uses are requested to contact us.
Disclaimer: The content of this website is provided for information purposes only and is not intended as a substitute for professional advice. No claim is made as to the accuracy or authenticity of the content of the website. The Council of Australasian Museum Directors does not accept any liability to any person for the information or advice (or the use of such information or advice) which is provided on this website. The information on our website is provided on the basis that all persons accessing the site undertake responsibility for assessing the relevance and accuracy of its content. No responsibility is taken for any information or services which may appear on any linked web sites. Hostgator.
.