You are here: Home » Articles filed under: 'News' » Article: 'STEM as a buzzword & fad – NSW Education' 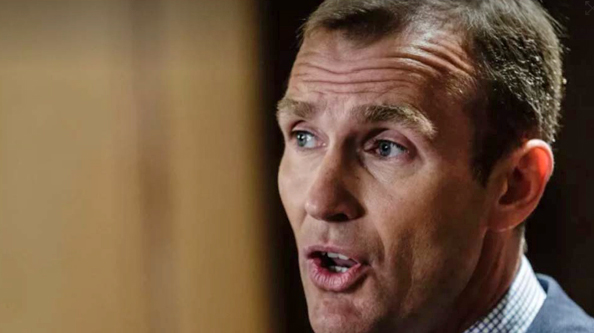 Alexandra Smith, STEM has become a buzzword and a fad: NSW education minister, The Age, 21 March 2018

NSW Education Minister Rob Stokes says the push to promote STEM subjects such as science and maths above other disciplines was an act of “intellectual snobbery”, arguing schools should avoid educational “fads” by pushing a wide range of subjects including humanities.

Mr Stokes used the Balmoral Lecture at Queenwood School on Wednesday night to “challenge the dominance of the STEM orthodoxy in Australian education”.

“STEM as a concept has become a buzzword,” Mr Stokes told students, parents and staff at the Mosman private girls’ school, which invites speakers to discuss big ideas.

“From government ministers to journalists – from industry CEO’s to senior public servants – people of influence are piling in to denounce the value of philosophy, the arts, and the social sciences – insisting that only by bowing before the altar of STEM will today’s students be adequately equipped to thrive in the 21st century.”

STEM – the acronym used for the study of science, technology, engineering and mathematics in schools -has had a national push in recent years. In 2015 all Australian education ministers agreed to a 10-year national strategy to improve STEM education.

And last year, the state government announced the first school fully devoted to STEM education would open in 2021 at the planned Sydney Science Park in western Sydney.

Mr Stokes said he was not denigrating the passion of scientists, or suggesting that the solution to climate change or the next medical breakthrough would come from a philosopher.

“I am simply stating that the idea our education system must be structured to preference STEM at the expense of the arts is demonstrably ludicrous,” he said.

He said the concept that students would be unemployable in the future if they do not choose to study STEM over arts does not make sense.

“It has become an educational fad that places academic disciplines into silos – pitting the sciences against the arts in a self-defeating zero sum game of intellectual snobbery,” he said.

Mr Stoke said he did not doubt that science and maths are “crucially important”.

“In a world that is increasingly mechanised and digitised, it is important to acknowledge the critical need for students to be numerate, and to have a comprehensive understanding of the hard sciences,” he said.

But the idea that STEM is somehow superior to the arts is everywhere, he said.

“Whether it is a facetious ‘would you like fries with that’ joke about the value of an arts degree, or whether it is a person of influence claiming that you are doomed to a life of underemployment unless you study STEM, it appears that devotees of scientism have reduced education to an assessment of whether or not you can get a job in Silicon Valley,” Mr Stokes said.

Society should be careful not to reduce the value of a school education or a university degree to an assessment on whether it prepares a student for one specific job.

“Education is not simply about getting a job. Our educational institutions exist primarily to help educate the next generation to build a more just and more engaged society,” Mr Stokes said.

“They exist to provide students with higher-order skills that are flexible and adaptable to a changing world.”

He said the key to a robust 21st century education system was “not the overt preferencing of STEM” but the championing of a true multidisciplinary system.

“Ultimately, STEM seeks to dehumanise education – reducing it to an equation of inputs and outputs. Yet excellence has always been most evident when education is at its most personal.”