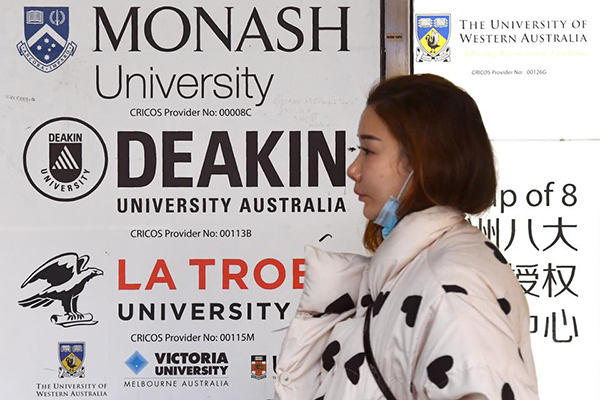 What a student studies in college should not be controversial, but it’s become that way. People, politicians usually, increasingly want to route students into majors that they believe will lead more directly, more neatly to jobs — closing, defunding or disfavoring study areas they think will deliver poor financial returns. In most cases, this means drawing heavy curtains over subjects such as art, literature, history and philosophy.

And when politicians and pundits aren’t manipulating policy to favor one track of study over another, the market is trying to do it. Income share agreements (ISA), the contracts that allow students to get money for college in exchange for a share of their future earnings, in some cases already make studying in the liberal arts more expensive than studying the rigorous sciences.

In Australia, the favoritism policy is now less subtle. There, starting next year, their “Jobs Ready Graduates Package” will reduce fees for students studying science and engineering and significantly increase them — up to 113%, according to news reports — for studying in social science and humanities fields. Those news reports quote Australian Education Minister Dan Tehan as saying the changes would “incentivise students to make more job-relevant choices.”

That’s the song we hear here too.

But there’s just one problem. Well, just one major problem.

It turns out, that in Australia the idea that engineering-type students have more jobs, or better jobs, is not true. Critics of the new policy have pointed out that there’s little to no difference between the career prospects of those who study art and those who study the sciences.

The Australian Broadcasting Company recently produced a lengthy and thorough fact check on the issue and, sure enough, there’s no difference. According to that reporting, “employment rates, covering either full-time or part-time work, for the two groups are roughly the same.”

In more detail, in Australia, the research shows that, “94.7% of science graduates had a job in 2016” while employment rates “for humanities and social science graduates ranged from 94.4% to 95.8%.” The projections also showed that humanities graduates were even more likely to have jobs in the future than those in STEM (science, technology, engineering and math) subjects.

Mark Warburton, an Honorary Senior Fellow with Melbourne University’s Centre for Higher Education, was quoted in the coverage as saying, “it appears that decisions about whether to discourage or encourage particular disciplines have not been made on labour market grounds. They may have been based on subjective preferences about what students should study.”

If anything, the labor market has been saying, rather loudly, that students who study history, literature and the humanities have better and longer term job prospects than those who study science and technology fields. At a minimum, no worse. And that’s not just an Australia thing.

Just a year ago, a I wrote about findings showing that, while STEM graduates do tend to get nice jobs with nice earnings right after college, those benefits fade by the time graduates enter their peak earning years. By age 40, liberal arts learners have caught up and passed the STEM folks financially.

It was also noteworthy that by age 40, the majority of STEM graduates were not in STEM careers anymore.

Here is the required disclaimer that salary and earnings are perhaps the worst way to assess the value of college. The gambit of reducing learning to dollars in and dollars out is a cynic’s errand. It’s like reducing life to a calculation of calories in and calories out — if that’s the focus, you’re probably missing the point.

Even so, based only on the pernicious “ROI” metrics, it certainly looks as though Australia goofed and built a policy based on a flawed premise. For a policy designed to favor learning math and science, that’s embarrassingly ironic. That social scientists and educators had point that out is poetic.

Australia’s error is important because people in the United States want to replicate it, based on the same biases and misconceptions — both about the purpose of college and what types of education actually pay off.

See also: Do humanities graduates have the same job prospects as science graduates?