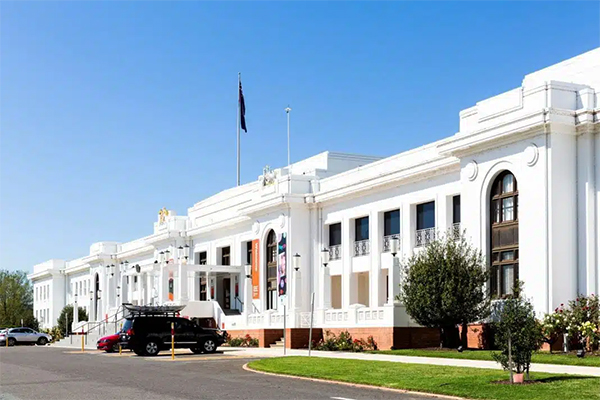 The Museum of Australian Democracy (MoAD) has appointed Stephanie Bull as its new director for the next five years.

Starting in the position from 22 February, Ms Bull comes to the Museum after spending the past five years as Deputy Director at the National Museum of Australia (NMA). Along with that experience, she has an extensive history in the cultural sector, including a position at the Australian War Memorial in exhibition and gallery development. While at the NMA, Ms Bull held a number of roles that incorporated the development of exhibitions, partnerships, and international engagements.

With BA (Hons) majoring in Australian History, Ms Bull has a deep connection and understanding of the cultural and historical makings of Australia. Chair of the MoAD Board, Nick Minchin, says that along with this, she will bring with her exceptional leadership skills and an interest in audience engagement during this exciting time for the Museum.

The gap between directors has been filled in the interim by Deputy Director Andrew Harper, who will be stepping back into the deputy role when Ms Bull commences.

“The Board and I are extremely grateful to Andrew Harper for his outstanding service as our Acting Director for the last seven months and look forward to his continuing involvement with MOAD as Deputy Director,” Mr Minchin said.

Located inside Old Parliament House, MoAD is a place for Australians and international visitors to walk through the history of Australia’s governance. Visitors are able to sit where history was made and policies passed in the Senate and House of Representatives, while constantly changing and evolving exhibitions encourage visitors to get hands-on with democracy.

MoAD at Old Parliament House is open daily from 9am to 5pm; moadoph.gov.au
See also: Museum of Australian Democracy Director appointment
Positions Vacant » View All
» Team Leader Curatorial – QVMAG
» Senior Curator Natural Sciences – QVMAG
Latest News » View All
I’ll Have What She’s Having: The Jewish Deli
New York Historical Soc’s current exhibition Read more.
US students want new books – restrictions
increasingly mean librarians can’t buy them Read more.
Early-career researchers in Australia
- falling job satisfaction Read more.
Greece rejects BM Parthenon marbles loan
- ownership & ability to loan in dispute Read more.
Counting for Change to better know ethnicity
- family histories & identities missed in Aus Census Read more.
Top +
Council of Australasian Museum Directors c/o Mr Brian Oldman, South Australian Museum PO Box 234 Adelaide, South Australia 5001 Australia, © CAMD 2023
Copyright: All information and resources provided on this website remain the copyright of the Council of Australasian Museum Directors. Permission is granted for viewing and downloading for personal and not for profit purposes. Those wishing to reproduce any materials for commercial, educational or other uses are requested to contact us.
Disclaimer: The content of this website is provided for information purposes only and is not intended as a substitute for professional advice. No claim is made as to the accuracy or authenticity of the content of the website. The Council of Australasian Museum Directors does not accept any liability to any person for the information or advice (or the use of such information or advice) which is provided on this website. The information on our website is provided on the basis that all persons accessing the site undertake responsibility for assessing the relevance and accuracy of its content. No responsibility is taken for any information or services which may appear on any linked web sites. Hostgator.
.