You are here: Home » Articles filed under: 'News' » Article: 'Stranger things: The beauty of ugly animals' 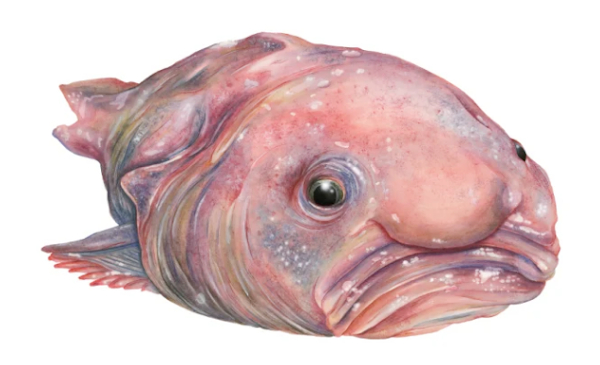 Sure, nobody wants to look like they’ve been in a solarium for too long or that they’ve contracted a wart infection that covers their entire body.

But if you’re a blobfish, that droopiness helps you survive for 130 years under intense water pressure and if you’re a black rain frog, those bumpy spots will keep you alive when someone’s got it out for you. Beauty might be skin deep, but ugliness can be what saves the skin.

That’s the lesson 23-year-old natural history illustrator Sami Bayly discovered when a picture of an ibis she posted on social media turned into her first book, The Illustrated Encyclopaedia of Ugly Animals

Bayly was studying a Bachelor of Natural History Illustration at the University of Newcastle when she posted her portrait of the so-called bin chicken online and was surprised by the enthusiastic reception. 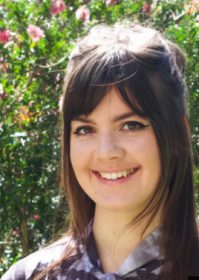 “I think a lot of people in Australia would see bin chickens all the time and they become pests so if you show someone a picture of an ibis, once you find a way to beautifully illustrate and enhance those unique features, they take on a different kind of perspective and they start to appreciate the animal,” Bayly, who was the joint winner of the Australian Museum’s inaugural Australian Scientific Illustration Scholarship in 2017, said.

“I got a lot of enjoyment out of painting something most people didn’t really appreciate and I fell in love with the funny textures of typically ugly animals.”

Enough of the cute and cuddly, time to rethink the dichotomy of beauty and ugliness and to celebrate the weird and wonderful. Bayly researched and painted 60 of the world’s most aesthetically-challenged animals for her encyclopaedia, including the zombie-faced reticulate stargazer; the legless monkey slug caterpillar and the crimson bald-headed uakari. 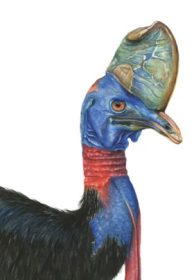 In July last year, she travelled to Borneo as part of the Australian Government’s New Colombo Plan initiative where she got up close and personal with the proboscis monkey, a creature who lives up to its name.

“There’s a lot of talk about why it needs a nose that looks that bad,” Bayly says. There’s no ugly for ugly’s sake, but the science is still out on the biological purposes of some of the more unusual physical characteristics of the creatures in Bayly’s encyclopaedia.

The proboscis monkey’s snoz is thought to be used to make loud noises to attract mates and warn off rivals, but Bayly says, it might also be an indication to lovers of one’s appendage size.

For her encyclopaedia, Bayly gathered several photos of each animal and digitally morphed them into one version before using watercolours to paint their portraits. Although she aims to make the images scientifically accurate, she also adds a dash of personality.

The blobfish was one of the easiest animals to illustrate, taking about a day, while others, particularly birds with significant plumage, took two to three. 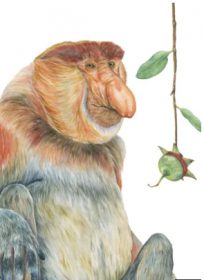 Bayly’s favourite animal to illustrate was the marabou stork, a bald bird with a huge pink sack that dangles beneath its neck. The stork is known as the undertaker, as it looks like it is wearing a black suit and coat tails.

But even ugliness won’t save you from human incursion. The marabou stork is hunted and sold for feathers and meat. By making use of the unconventional, Bayly hopes her encyclopaedia will introduce children to the fascinations of the natural world.

“There’s so many beautiful and ugly animals in the world that are struggling, endangered and dying out. I think it is important to start to appreciate all of the animals.”