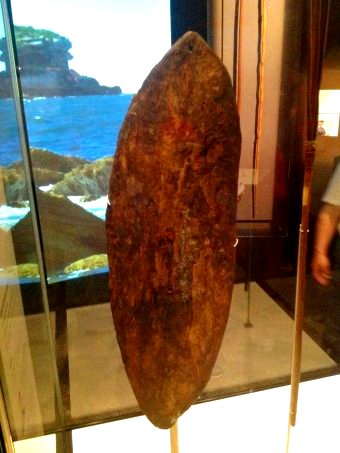 Aboriginal Australian descendants of the Gweagal clan in New South Wales have called for the return of a shield taken by Captain Cook on his landing at Botany Bay in 1770.

The Gweagal shield is held by the British Museum but has been on display at the National Museum Australia in Canberra, as part of its Encounters exhibition.

Rodney Kelly said he and his family are direct descendants of the warrior who owned the shield.

They issued a statement on Sunday calling for the shield, and the other Gweagal artefacts held by the British Museum, to be returned to them within three months.

“We the living bloodline descendants of the Gweagal clan of the Dharawal tribe [and] are at law the rightful owners of all artefacts produced or in possession of our ancestors or found on Gweagal territory,” he said.

“We do claim all artefacts belonging to us and mandate that they be returned to our possession.”