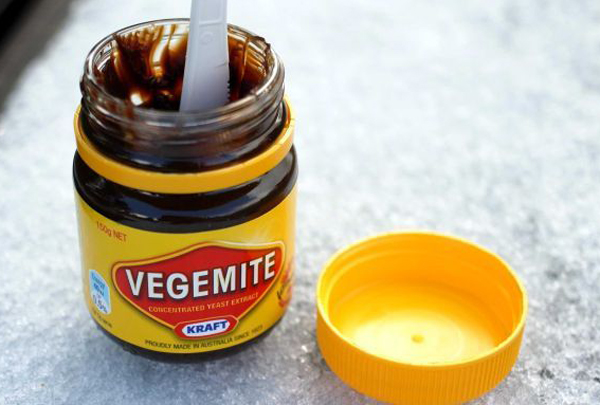 Vegemite is an Australian food spread made from yeast extract. Flickr: tolomea.

A museum showcasing some of the world’s most polarising foods will open in Sweden, and there are three staple Australian dishes that have been offered a place at the table.

The iconic Vegemite spread, nostalgia-filled musk sticks and witchetty grubs are among 80 items being put on display at the Disgusting Food Museum in Malmö.

While the Aussie foods seem easier to swallow compared with some other international cuisines being exhibited — such as century eggs, maggot-infested cheese and roasted guinea pigs — the museum’s co-curator and self-described “disgustologist” assured the ABC that some people thought the musk sticks in particular were “nasty”.

Samuel West, a psychologist and researcher who was also behind Sweden’s Museum of Failure, said they couldn’t have a Disgusting Food Museum without Vegemite.

“I love Vegemite so I’m kind of sad that it’s in the museum,” he laughed, adding that it would be a “traumatic food experience” for those who mistook it for Nutella.

The museum’s smorgasbord of curious foods are sourced from around the world — from Italy to France to Peru.

Many of the foods resulted from a preservation process, including hákarl from Iceland and surströmming from Sweden.

“These are things that people have found ways of preserving just for survival,” Dr West said.

“Fermented cabbage — such as sauerkraut or kimchi — are also ways to preserve food and it does get this funky aroma.”

But the museum is more than just about unusual foods. It also invites a conversation about why people feel repelled by some foods and not by others.

“Unfamiliar foods can be delicious, or they can be more of an acquired taste.”

The curators of the museum also hope to challenge people’s perception of disgust, which they said is influenced by culture and the foods they have grown up eating.

“Our current meat production is terribly environmentally unsustainable, and we urgently need to start considering alternatives,” Dr West said in a statement.

“If we can change our notions of what food is disgusting or not, it could potentially help us transition to more sustainable protein sources.”

Most of the 80 exhibits are real food. They are eaten today or they have historical significance, like Australia’s witchetty grubs, which are still eaten by some Indigenous people.

Other foods are replicas and a few are displayed as videos.

Here is a small sample of some of the bizarre cuisines on display:

Positions Vacant » View All
» Head of Engagement – MAGNT
» Exhibitions Manager – MAGNT
Latest News » View All
Commentary: “Met contemplates selling art
treasures while rich trustees sit idle" Read more.
UK museum classification delays reopening
"If you can open H&M you can open the V&A" Read more.
BM hire curator to research colln history
incl contested objects eg Parthenon Marbles Read more.
NMA opens Piinpi: Contemporary Indigenous
Fashion - Bendigo AG conceived & curated Read more.
SAM, NIWA & Univs date last pole switch
via 42,000 yo kauri in ancient Ngāwhā swamp Read more.
Top +
Council of Australasian Museum Directors, c/o Ms Daryl Karp, Museum of Australian Democracy at Old Parliament House PO Box 3934 Manuka, Australian Capital Territory 2603 Australia, © CAMD 2021
Copyright: All information and resources provided on this website remain the copyright of the Council of Australasian Museum Directors. Permission is granted for viewing and downloading for personal and not for profit purposes. Those wishing to reproduce any materials for commercial, educational or other uses are requested to contact us.
Disclaimer: The content of this website is provided for information purposes only and is not intended as a substitute for professional advice. No claim is made as to the accuracy or authenticity of the content of the website. The Council of Australasian Museum Directors does not accept any liability to any person for the information or advice (or the use of such information or advice) which is provided on this website. The information on our website is provided on the basis that all persons accessing the site undertake responsibility for assessing the relevance and accuracy of its content. No responsibility is taken for any information or services which may appear on any linked web sites. Hostgator.
.